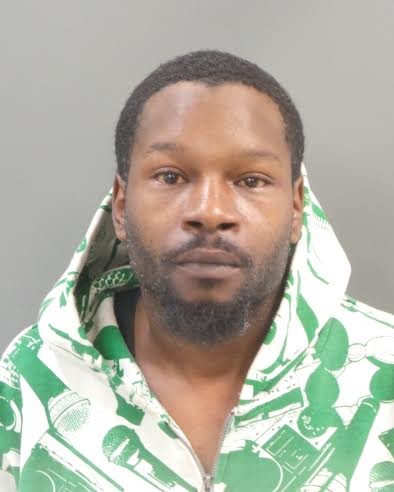 A drug dealer who stabbed one of his customers after a fight over the price of his narcotics last month is in custody on murder charges, according to St. Louis Metropolitan Police.

Ben Jones, 35, of the 5000 block of Virginia Avenue, faces a second-degree murder charge and an armed criminal action charge on suspicion of stabbing to death Senadin Fazlic, 31, of the 9800 block of Luna Avenue.

Just before midnight on May 19, Fazlic and an acquaintance drove to the 4400 block of Wallace Street to buy drugs from Jones, whom they only knew by a nickname.

Jones met Fazlic and his friend in their car to sell them heroin, according to the St. Louis Post-Dispatch. Jones dropped the bag in the car, and when Fazlic couldn't find it, he demanded that Jones retrieve another. When Jones returned, Fazlic punched him in the head.

Jones stabbed Fazlic in the chest and fled on foot, police say. The acquaintance took Fazlic to a nearby firehouse, in the 5000 block of South Kingshighway, where he was taken to a hospital and pronounced dead.

Fazlic pleaded guilty to cocaine charges in 2008, according to the Morris Daily Herald.

Here is the full report from police:

Officers responded to the above location for a "cutting". The victim had sustained a stab wound to his upper body and was taken by an acquaintance to a fire house located in the 5000 block of S. Kingshighway. The victim was then conveyed to an area hospital, where he was pronounced deceased. Investigation revealed the victim and an acquaintance drove to the above location to purchase narcotics from the suspect, who they know by his nickname. The victim and the suspect argued over the price of the narcotics, a struggle ensued and the suspect stabbed the victim. The suspect then fled the scene on foot. The investigation is ongoing.