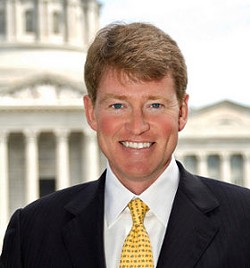 Should Missouri cut pharmacies out of executions entirely and fund its own lab to develop lethal-injection drug cocktails? Attorney General Chris Koster thinks so.

Speaking to a law conference in Lake of the Ozarks on Thursday, Koster -- a leading Democratic candidate in Missouri's 2016 gubernatorial race -- said executing convicted criminals is too weighty a task to entrust to unregulated pharmacies that profit from executions and operate without any oversight.

"For Missouri to maintain lethal injection as its preferred method of execution, it is my belief the legislature should remove market-driven participants and pressures from the system at the earliest opportunity," Koster said. "As a matter of policy, Missouri should not be reliant on merchants whose identities must be shielded from public view or who can exercise unacceptable leverage over this profound state act."

Koster says he wants the Missouri Legislature to set aside funds to build a state-operated, DEA-licensed laboratory to produce supplies of execution drugs. (You can read Koster's entire speech on the death penalty here.)

"Eliminating outside business interests from Missouri's execution protocol would improve the high level of public transparency that is demanded in the exercise of this extraordinary state power," Koster said.

It's not the first time Koster has offered a solution to Missouri's dwindling number of ways to execute prisoners. Last summer, he suggested using a gas chamber to execute two death-row inmates before the state supply of propofol expired.

Missouri has executed six people in the last six months. There are 42 death row inmates in Missouri, Koster says, including fourteen who have exhausted their appeals, and the state Supreme Court is scheduling one execution per month. 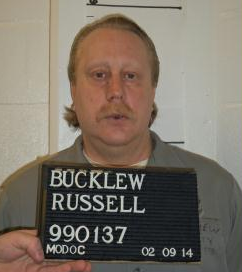 Missouri's most recent execution attempt stopped before it really started. The U.S. Supreme Court halted the execution with hours to spare, eventually ordering the case to return to the 8th Circuit Court of Appeals for reevaluation.

Missouri had to change its execution protocol late last year when European pharmacies threatened to boycott selling to America if their drugs were to be used in executions. The new rules allow pharmacies to compound the state's execution drugs with no regulation from the U.S. Food and Drug administration and no public accountability.

"Anonymity of the executioner has been an accepted element of this process since the days of the hooded hangman," Koster says. "Before, the hangman's hood covered only those present and participating in an execution. Now, it covers merchants who sell the state its lethal drugs, wherever and whenever those transactions may occur."

Local and national news outlets are suing the Missouri Department of Corrections over its restrictive secrecy. The way the rules are written, a journalist who publishes identifying information about Missouri's execution team -- including the pharmacy that provides the execution drug -- would be punished.

"Simply put, the Missouri Department of Corrections is empowered to kill," Koster said. "It does so as an extension of our collective will. The method and transparency by which it conducts that act should, therefore, concern all of us deeply."