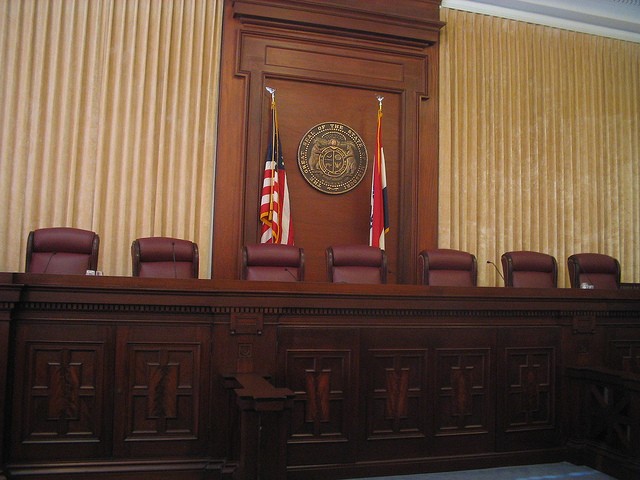 After rejecting several similar cases, the Missouri Supreme Court has agreed to hear arguments on the legality of traffic cameras, specifically KMOX (1120 AM) radio host Charlie Brennan's case over his $124 ticket from a speed camera.

The court's verdict could have a statewide impact on laws for both speed cameras and red-light cameras, which are currently regulated by a patchwork of conflicting rules after years of legal and electoral challenges. Brennen's case could be the first camera case to reach the high courts, according to the Associated Press.

The Supreme Court announced its decision just as Creve Coeur and East St. Louis, Illinois, decided to suspend traffic camera programs after courts and officials decided their ordinances violate state law. The Creve Coeur City Council repealed its red light camera measure in an emergency vote Tuesday night, according to the St. Louis Post-Dispatch, and East St. Louis is suspending its speed camera program because the fine-collecting procedure is illegal.

Moline Acres police issued Brennen, a morning talk show host, a ticket when a speed camera tracked him driving 56 mph in a 40 mph zone, according to the Post-Dispatch.

St. Louis County Associate Circuit Judge Mary Bruntrager Schroeder threw out the ticket because state law says drivers must be assigned points if they violate a law while in a moving vehicle. Schroeder cited a case from Creve Coeur, which just suspended its red-light-camera program, in her decision.

The Eastern District Court of Appeals agreed with Schroeder, so now the case moves up to the Supreme Court. If the Missouri Supreme Court rules that camera ordinances must issue points to drivers in order to meet state law, it could halt traffic and red-light-camera ordinances across the state, including in St. Louis city, where officials are holding red-light-camera fines in escrow pending court decisions.

The Supreme Court has already said it would not hear red-light-camera cases from Creve Coeur, Kansas City, Florissant, Ellisville or Arnold. The court doesn't have to explain why it takes or rejects a case.