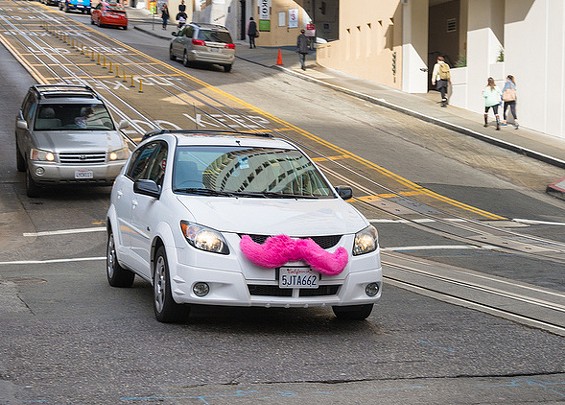 After hearing from all of the witnesses, Moriarty asked counselors from Lyft and from the Metropolitan Taxicab Commission, which is fighting for a permanent injunction against Lyft, to prepare a findings report by June 2.

Stephen O'Brien, a lawyer representing Lyft, asked Moriarty to expedite the process and allow closing arguments since Lyft is under a temporary restraining order until Moriarty makes her final decision.

"This is a bit of an emergency," O'Brien said in court. "This is important to us, and we need to get this resolved."

The ten-day delay prolongs a two-month legal battle over Lyft's ability to do business in St. Louis. Before Lyft launched its army of mustached cars in April, the Metropolitan Taxicab Commission sent the company a cease-and-desist letter saying it was not approved to do business in Missouri. Just hours after Lyft officially started, police cited the first of four Lyft drivers for driving without proper licenses. Two days later, a judge granted a temporary restraining order.

None of these legal maneuvers have stopped Lyft from offering rides in the city and county, and it's unclear whether the new injunction will really force Lyft to stop operating.

"Lyft is now live and providing safe rides and economic opportunity in 34 cities across the United States," Lyft spokeswoman Paige Thelen said after receiving a copy of the temporary injunction. St. Louis and Salt Lake City were the 33rd and 34th cities to join Lyft's list. "St. Louis deserves the same modern transportation choices of other large leading U.S. cities."

From the beginning, Lyft has argued that the taxi commission has no authority over its cars, which are mostly the drivers' personal vehicles outfitted with $1 million insurance policies from the company. And why, asks cofounder John Zimmer, should a tech-savvy company like Lyft abide by rules written pre-smartphones?

"It is new, what we're doing is new," Zimmer tells Daily RFT. "Those [rules] were written decades ago, when this wasn't possible."

In the meantime, rival app Uber is poised to launch in St. Louis once it obtains the license the taxicab commission specially designed for ride-sharing businesses. Uber has been petitioning for changes to the ride-for-hire rules -- with support from Mayor Francis Slay.

I have urged the Metropolitan Taxicab Commission to consider and approve most of the code changes proposed by Uber. #fgs

Those changes will go before the taxi commission at its next meeting, which has also been pushed back.