Contrary to popular opinion, St. Louis County holds many architectural gems, particularly from the heady years after World War II when the population of the city spread out into the suburbs. Modernist architecture filled the needs of the rapidly growing county, creating a new vision that was distinct from the traditional architecture of the city. Gyo Obata's 1962 Abbey Church of St. Mary and St. Louis, commonly (if somewhat incorrectly) referred to as the Priory, demonstrates the beauty and innovation of Modernist architecture in midcentury St. Louis. 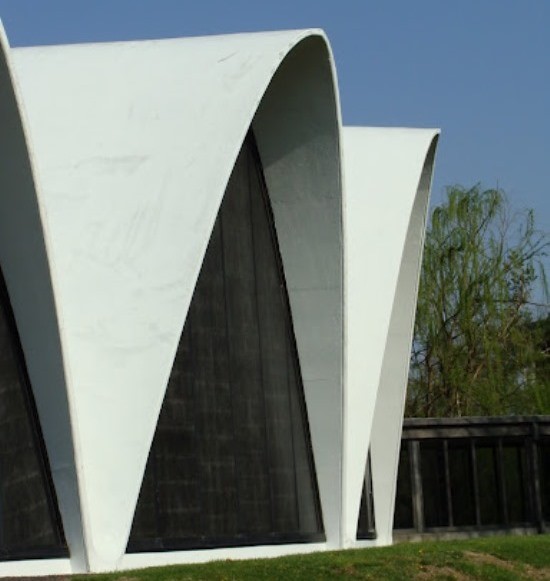 Gyo Obata's masterpiece might never have existed without the Japanese American architect's drive, ingenuity and ability to overcome great adversity. Obata was born in 1923 in San Francisco; during World War II his family was uprooted from their home and placed in an internment camp. Gyo would have faced the same discrimination had he not left California to attend Washington University, the only school to accept Japanese Americans at the time.

After graduation, Obata worked with some of the leading names in Modernist architecture: Eero Saarinen, the architect of the Gateway Arch; Skidmore Owings and Merrill, architects of the Sears Tower in Chicago; and even Minoru Yamasaki, the ill-fated architect of both St. Louis' Pruit Igoe Housing Project and the World Trade Center in New York.

While all of those architects have a place in American architectural history, Obata pushed Modernism in new directions with the Abbey Church. 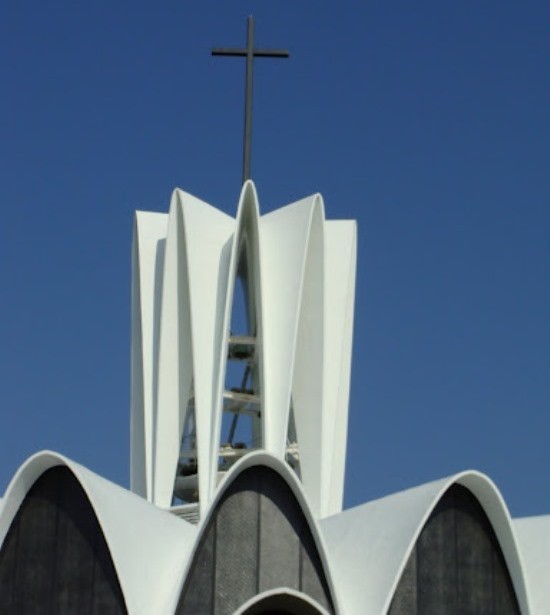 Nestled among the rolling hills of the west-county suburb of Creve Coeur, the Abbey Church sits upon a low ridge line, surrounded by valleys. The main road into the grounds of the church snakes around the hills, offering quick glimpses before arriving at the doors of this dramatic building. The church's circular ground plan harkens back to ancient Christian temples, while its leaping parabolic-shaped windows (similar in shape to the Gateway Arch) suggest a Gothic cathedral's windows. The nod to tradition ends there.

A 1964 documentary features an interview with the Prior of the abbey, who talks about the architecture: 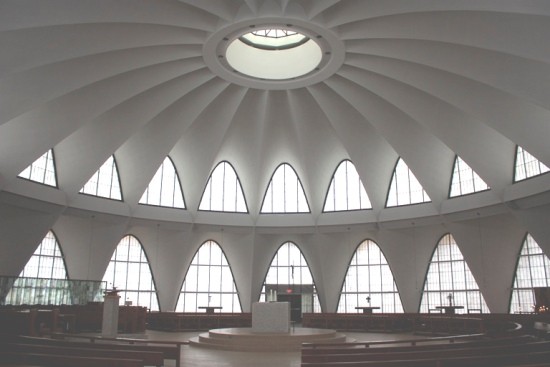 Obata replaces traditional walls with large, fiberglass windows framed by huge, concrete arches that leap up into the air. On top of the first row of parabolic archways, he places yet another gallery of windows that seem to float effortlessly above the first. Crowning the top of the church is a belfry. While the viewer knows, logically, that the building is made from tons of concrete, Obata creates the illusion of cascading white waterfalls that seem to gush out of a giant fountain. 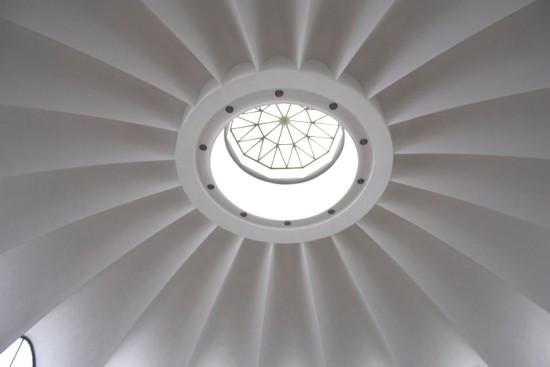 The visual beauty of the church continues once inside. Amazingly, the interior is free from obstructing supports; visitors realize the great parabolic dome of the church supports itself through hidden steel structures concealed in the white concrete. In this great, unencumbered space, a scarcity of furnishings allows the form of the church to shine. The large windows, so prominent on the exterior, bring in just enough light to emphasize the simplicity of the interior. The church works so beautifully because of the versatility of its materials: Thousands of tons of concrete and steel combine to create a seemingly weightless structure. 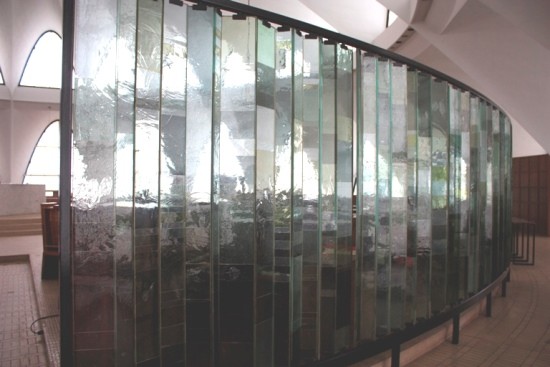 The Abbey Church foreshadowed a stunning career for Obata, who, along with George Hellmuth and George Kassabaum, founded HOK, the largest architectural firm in the world with 1,800 employees. HOK defined the skyline of St. Louis in the 20th century, designing most of downtown's tallest office buildings, including the Metropolitan Square Building, home to the firm's offices. As Obata's career continues on, the Abbey Church remains as one of the great moments in Modernism anywhere in the world.