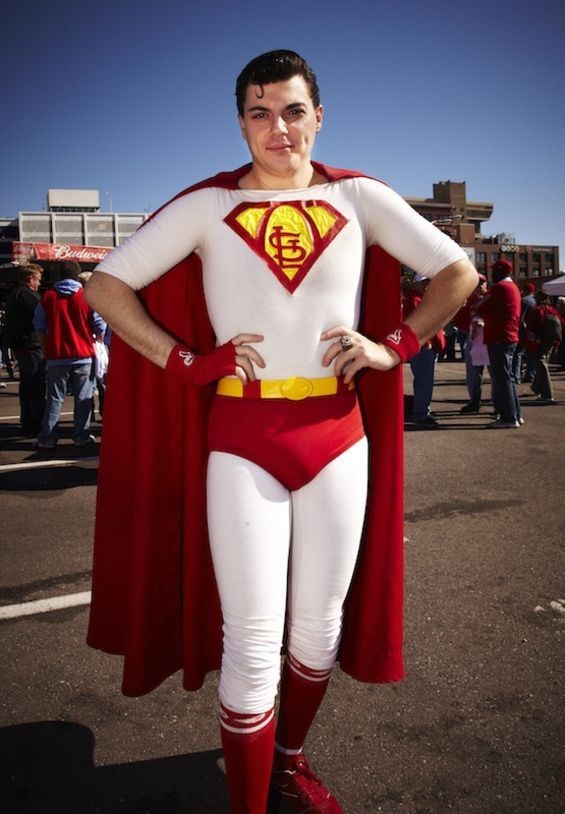 Watch out, Busch Stadium drunks, because that's not a bird or a plane. That's St. Louis' very own Superman.

Superman, a.k.a. Charlie Chartland, swooped in and broke up a fight between two overzealous baseball fans on Thursday, and Matt Sebek, of the sports humor site Joe Sports Fan, happened to catch it all on video.

See also: St. Louis Named No. 3 U.S. City Most in Need of a Superhero

Here's how it went down:

Trailed by applause and cheers, Superman runs into the fight, breaks it up calmly, takes a bow and then runs to the camera to deliver his final bon mot: "Guess what, folks, he's going back to Wrigley."

Things take a turn, though, when another fight earns Superman's attention. Sebek's next video shows Superman sprawled on top of a very drunk man.

But Mr. Too Many Budweisers just can't deal with Superman's order. He starts screaming and flinging his body around, and the video ends with Superman telling him what he needs to hear:

We've reached out to Chartland, and we'll update the story when we hear back from Superman himself.