The headquarters of White's organization, Beloved Streets of America, sits on one of the roughest corners on the whole street, Hamilton Avenue and MLK Drive. RFT sent photographer Theo Welling there to visually document White's struggle, as well the businesses and residents who still call this street home.

Read the full story, "He Has a Dream," here.

This funky-looking building used to be the J.C. Penney department store, back when the neighborhood served as the anchor of a thriving, miles-long retail corridor. The store closed in 1976 and the building has been empty ever since. The building's owner, however, agreed last month to allow Beloved Streets of America to design a hydroponic vegetable garden that, some day, could fill the structure's vast interior with fresh greens and new jobs. 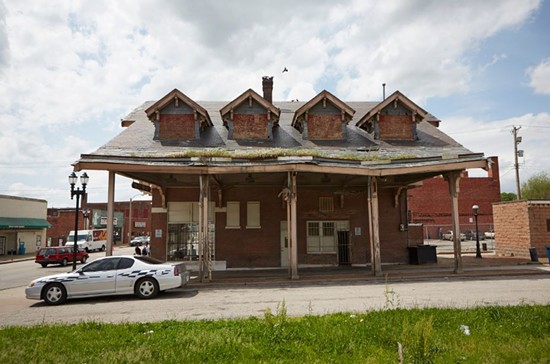 Though it looks like it may topple any moment, this building actually contains a burger restaurant. During the first half of the 20th century it was the Wellston terminal for the city's streetcar line. Those lines were eliminated in the '60s in lieu of the current bus system.

Melvin White and his partners at BSA are planning to turn this long-vacant lot into "Legacy Park," which they hope will become the catalyst of a community revival in the area. 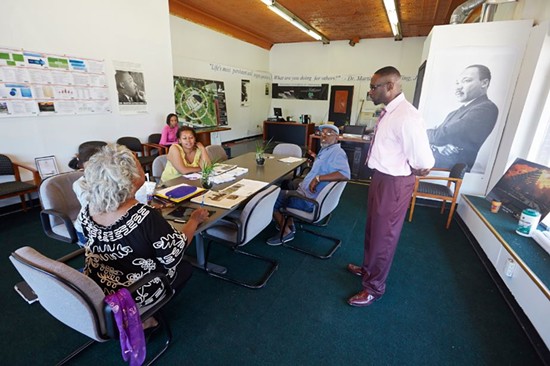 White, the man in purple, pitches to a steady stream of non-profits and volunteer groups already active in north city. For more info on BSA and its mission, check out its website.