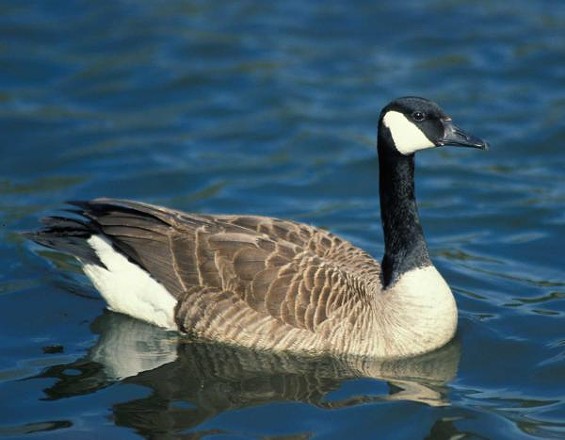 A Nixa man faces two misdemeanor counts for illegally killing wildlife after he was caught on video running over a goose with his car, backing up and hitting it again.

Kristopher Sonntag, 35, told state investigators he was just "joking around" when he ran over the male Canada goose twice with his girlfriend's van, according to the Springfield News-Leader.

His story changed as agents from the Missouri Department of Conservation pressed him about the dead goose. Sonntag blamed his driving on the car, saying he lost control of the van because it is his girlfriend's, not his. Then, he blamed the goose.

"[Sonntag] later stated he thought the goose would move, but it did not," the probable cause statement says.

When asked why ran over the goose twice, Sonntag says he was "checking to see if it was dead and that he didn't think he hit it again," according to the News-Leader.

Harassing, killing or bullying migratory birds is a Class A misdemeanor, per the federal Migratory Bird Treaty Act.

Little did Sonntag know, a Springfield machinery company caught his act of ornithological homicide on the security cameras aimed at its parking lot.

"Honestly, I couldn't believe someone purposely tried to hit the goose," says Debbie Eisner, the general manager at the company, Grizzly Industrial, to the News-Leader. Eisner found the dead goose last month and checked the security cameras to see how it died.

See also: Let Them Eat Goose! Uses for the Canada Geese Being Fed to the Poor

Canada geese -- the only goose species that nests in Missouri -- were nearly wiped out by hunters here by the 1930s, according to the conservation department. New rules and protection efforts allowed the species to grow to 1.5 million geese in 2002. Signs in the neighborhood around Grizzly Industrial warn people of nesting geese.

One female Canada goose was keeping a nest near Grizzly Industrial, Eisner tells the News Leader. The male goose Sonntag allegedly crushed under his girlfriend's van -- twice -- had been hissing at people and chasing cars to protect the nest.

"Our customers were pretty respectful of it," Eisner tells the News-Leader.