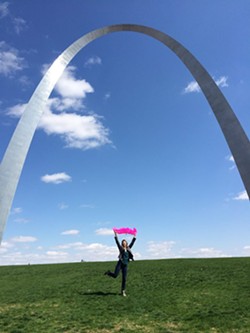 The future of Lyft in St. Louis isn't final yet.

A St. Louis judge delayed ruling on an injunction that would ban the ride-sharing app from operating in the Lou Wednesday until she could hear further testimony.

The Metropolitan Taxicab Commission, which regulates cars-for-hire in the city and county, is asking for a permanent injunction against Lyft, which does not have a business license or a commercial driving license in Missouri.

Lyft says its peer-to-peer ride-sharing business is outside the scope of the taxicab commission's regulation since the cars don't have a taximeter or pick up riders who hail them on the street. Riders order and pay for Lyft rides via smartphone.

"[The taxi commission] is trying to regulate something beyond their mandate," Stephen O'Brien, a lawyer representing Lyft, told the court. O'Brien called the commission's attempts to set rules for Lyft unfair, inappropriate and overreaching. "They simply don't have the jurisdiction."

A judge approved a temporary restraining order against Lyft in St. Louis until the permanent injunction is decided. O'Brien says that order restricts Lyft's right to freedom of speech by limiting how the company can explain its unique business model to potential riders.

"They are shutting us up," O'Brien argued in court. "We have a regulator who is going amuk...It's just not fair."

Five Lyft drivers have been cited for operating without proper licenses. The drivers are named in the injunction, but only the two St. Louis drivers had been notified about Wednesday's hearing. The other three are from O'Fallon, Missouri, Nashville, Tennessee, and Bellville, Illinois.

Ray Mundy, the director of the University of Missouri-St. Louis' Center for Transportation Studies, testified that Lyft operates as a taxi service but avoids significant overhead costs by asking drivers to provide their own vehicles and personal car insurance and by not paying state or franchise taxes.

"This is not ride-sharing, not at all," Mundy says. "There is no question that Lyft has spent a lot of money and hired a lot of lawyers trying to reinterpret the obvious: it's a taxi operation."

Because Lyft only connects with customers via smartphones and credit cards, Mundy told the court the service discriminates against the poor (who often don't have credit cards) and the elderly (who aren't tech-savvy). By introducing an unregulated transportation service like Lyft into the St. Louis scene, prices for regulated taxis and public transportation will likely go up, Mundy says.

"Under these conditions, the poor will pay more," Mundy testified.

Judge Joan Moriarty of the 22nd Judicial Circuit Court will reschedule the remaining testimonies in the case for early next week.