A ticked-off neighbor shot 20-year-old Demetrius Griffin in the head, neck, jaw, thumb and arm and shot Griffin's teen brother in the ankles because he was angry at them over a previous incident, according to police.

Richard Watson, 43, faces charges of first-degree murder, first-degree assault and two counts of armed criminal action for shooting the brothers, whose home neighbors Watson's in the 2600 block of Burd Avenue in the Wells-Goodfellow neighborhood.

Griffin died in the hospital just after 9 p.m. May 5, about 24 hours after he was shot. His brother, who is sixteen-years-old, is in stable condition.

St. Louis Metropolitan Police said Watson say the brothers walking outside, ran out to shoot them and fled in a green van around 8:30 p.m. May 4. He surrendered himself to police headquarters May 9. 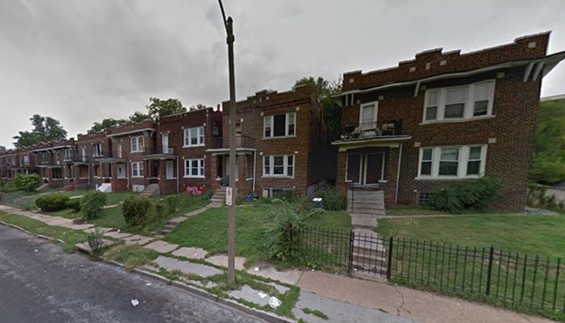 Increased violence in the Wells-Goodfellow neighborhood have caused increased patrols by police. At least five people have been shot there since April.

There have been 47 homicides in the city of St. Louis this year, according to police.

Officers responded to the above location for a shooting. Victim #1 had suffered gunshot wounds to the head, neck, jaw, thumb and arm and was conveyed to a hospital and listed in critical/unstable condition, with death being imminent. Victim #2, who is Victim #1's brother, suffered gunshot wounds to his ankles and was conveyed to a hospital and listed as stable. Investigation revealed the suspect, who is the victims' neighbor, shot the victims when he observed them walking outside, and then fled the scene in a green van. Officers believe the suspect may have been angry at the victims for a previous incident. The suspect was entered as wanted. The investigation is ongoing. As a result of the injuries he sustained, Victim #1 expired on 05/05/14 at 9:06 p.m.