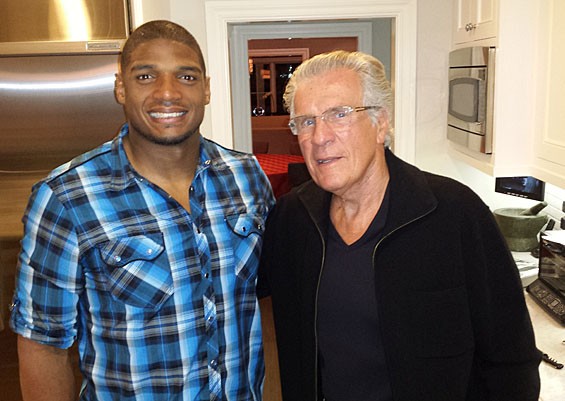 This afternoon, the St. Louis Rams drafted Michael Sam, a former Mizzou a defensive lineman who came out as openly gay in February.

The announcement came amid concern that Sam would be passed over because he is gay. Today's news puts those worries to rest. Click through to see what Sam tweeted right after, video of the moment he found out and other reactions from around the web.

See also: Michael Sam and the Rise of the Gay Athlete

Thank you to the St. Louis Rams and the whole city of St. Louis. I'm using every once of this to achieve greatness!! pic.twitter.com/QESdOJVzsw

And here's video of the moment Sam got the news, including the celebratory kiss he shares with his boyfriend Vito -- a normal expression of affection that two humans in a relationship are known to do.

Here are some reactions from other players and locals: