Lawsuit Over Estate of Deceased Munchkin, Mickey Carroll, Slated for Trial Next Week 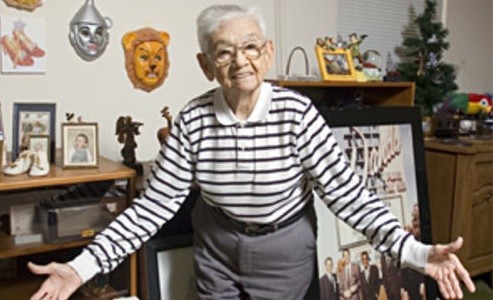 Five years ago this week, Wizard of Oz actor Mickey Carroll passed away in his sleep at the age of 89. Yet the fight over his estate had already begun with Carroll's niece, Janet Finocchiaro, alleging before his death that the ex-Munchkin's caretaker, Linda Dodge, physically abused Carroll and duped him out of hundreds of thousands of dollars. In the wake of Carroll's passing, a photo of a purportedly abused Carroll -- sporting a bruise to his forehead -- even ran in the National Enquirer.

Next week the lawsuit Finocchiaro and other family members brought against Dodge is finally slated for trial in St. Louis County Circuit Court.

Among the allegations in the lawsuit are claims that Dodge and others took advantage of Carroll's late-in-life dementia to have him sign over to them as much as $500,000 in assets. Dodge moved Carroll and a disabled nephew whom he had cared for -- Frank Parenti -- from his home in Bel-Nor to her Crestwood home just months before Carroll's death.

Dodge's relationship with Carroll dates back to at least 2007 when she launched a public campaign to get the former Munchkin a star on the St. Louis Walk of Fame. But the effort failed when several claims in Carroll's bio could not be confirmed -- among them that he starred in the Spanky and Our Gang series. No one doubts, however, that the four-foot-seven actor (born Michael Finocchiaro) appeared as a Munchkin in the 1939 film Wizard of Oz. Which Munchkin, however, is a somewhat up for debate.

In an '07 interview with Riverfront Times, Carroll said he was the Munchkin who sang Dorthy's praises after her house crushed the Wicked Witch of the East: "We thank you very sweetly, for doing it so neatly." And he said it was his voiceover that famously told Dorthy to "follow the yellow brick road."

Janet Finocchiaro's attorney tells Daily RFT that the trial will likely last three days. Check back with Daily RFT next week for results from the courtroom.