Lyft's Court Date Gets Pushed Back, Uber Gets Support from Mayor Slay 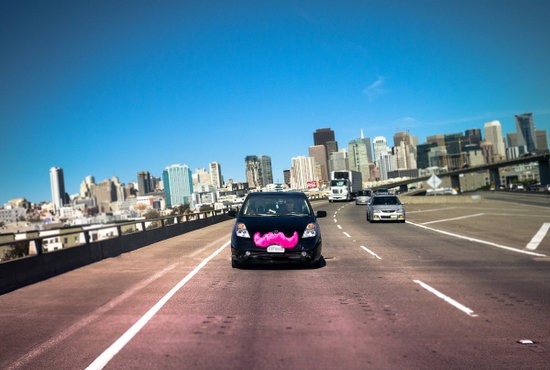 Lyft will have its day in court. Just not yet.

The smartphone-based ride-sharing app is fighting a temporary restraining order that prohibits Lyft from operating in St. Louis without a ride-for-hire license. The restraining order, filed by the Metropolitan Taxicab Commission, will stay in effect until a hearing on a permanent injunction on May 16.

Lyft has criticized the restraining order as a bullying tactic, especially because the company says it wasn't aware that the taxi commission was filing a restraining order until after the judge had approved it.

"We never received notice or an opportunity to appear in court to defend ourselves, drivers and passengers prior to the injunction being issued," says Paige Thelen, spokeswoman for Lyft. "This violates our due process rights under the U.S. Constitution. We will defend our rights and the rights of drivers and passengers in court. We will not let bullying and intimidation by the taxi commission keep the people of St. Louis from exploring this new model of community-powered, safe rides and economic opportunity."

In the meantime, Lyft has no intention of following the judge's order and ceasing operations in St. Louis. Lyft announced a new partnership with MetLife Auto & Home Monday to improve its $1 million liability insurance policy.

"This arrangement is designed to help Lyft continue setting the highest standard for trust and safety in peer-to-peer transportation," Lyft writes on the company blog. "In the coming months, we will work together with MetLife Auto & Home to develop insurance solutions that will further protect Lyft's drivers and passengers when utilizing this new sharing economy platform."

Another app-based ride-for-hire company, Uber, is poised to launch in St. Louis once it gets the license the taxicab commission specially designed for ride-sharing businesses. Uber has been petitioning for changes to the ride-for-hire rules -- with support from Mayor Francis Slay.

I have urged the Metropolitan Taxicab Commission to consider and approve most of the code changes proposed by Uber. #fgs

Those changes will go before the taxi commission at its next meeting May 22.

Slay is also in discussions with Lyft after its illegal launch here last month:

I will meet with Lyft with 2 messages: 1) STL is open to ride-sharing. 2) We will not give up jurisdiction, security, insurance. #fgs