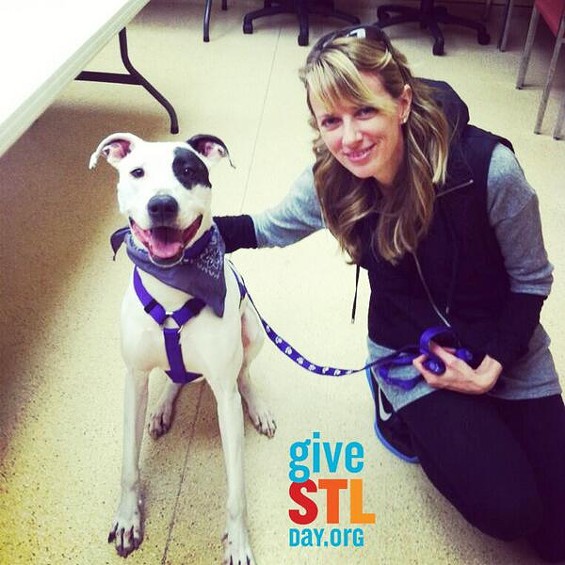 If you've ever thought about donating to help a local cause, today's the day.

Give STL Day is St. Louis' first 24-hour marathon fundraiser aimed at promoting more than 500 local community-betterment organizations. From midnight on Tuesday to midnight on Wednesday, organizers will be taking donations, keeping a tally of raised funds and awarding prizes to contributors and to nonprofits.

"We believe this event offers St. Louisans a new, innovative giving platform that will raise awareness of the region's countless worthwhile nonprofit organizations, while also helping connect donors to these agencies," says Amelia Bond, president and CEO of the organizing group, the Greater Saint Louis Community Foundation. "We're incredibly excited to see how much good St. Louis can do."

Similar events in other large cities have raised as much as $1 million in just one day. Organizers hope to exceed that amount, especially because St. Louis has such a charitable reputation. In 2013, St. Louis was ranked the ninth most philanthropic city in the United States.

If the warm-and-fuzzy feeling you get when you give to charity isn't enough, organizers are giving away St. Louis Cardinals tickets to donors every hour or so. Nonprofits will also win prizes, ranging from $500 to $5,000.

More than 500 nonprofits registered to receive donations during the all-day event, so the Greater St. Louis Community Foundation will keep a running tally all day on the leaderboard.

So many stellar orgs participating in #GiveSTLday, I don't even know how to choose.

Donating is easy. Go to the Give STL Day webpage, choose from one of 500 organizations and give a minimum of $10. Organizers will use Facebook and Twitter all day long to name donors who've won St. Louis Cardinals tickets and to announce "power hours," when donations are matched for even greater impact. Nonprofits took to Twitter Monday to get ready for the all-day fundraiser:

#giveSTLday in less than 12 hours! Who's ready? @shalomhousestl can't wait to see what we can do in a day! http://t.co/WYZgBllxY6

We love sending longterm pups like Gia home. We couldn't do it w/o yr support, so please help us tom. on #GiveSTLday! pic.twitter.com/P6RPr8AWY1

Have you heard? MFK is participating in #giveSTLday on May 6th. Our goal is to raise $10,000 - we need your support. pic.twitter.com/WfHgJwYuSK

Tomorrow is #giveSTLday! Consider a gift to the Library Foundation. Learn more about their work to promote #literacy http://t.co/MaQXHSH0U1