Missouri is 9th Worst State in U.S. for Working Moms 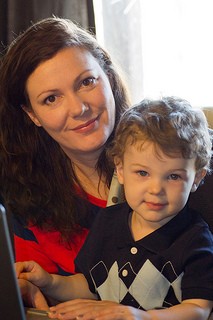 If your mother kept a job (or three) while she raised you, she deserves a heck of a Mother's Day present this year.

A new study from the personal finance site WalletHub says Missouri is the ninth-worst state in America for working mothers, according to metrics including day care quality, gender pay gap and average commute time.

Louisiana takes the title of worst state for working moms, according to the ranking, and Oregon comes out on top as the best. Kansas comes in two spots below Missouri at seventh-worst.

"Progress, it would seem, is taking shape at different rates across the country. Not only do parental-leave policies and other legal support systems vary by state, but the quality of infrastructure -- from cost-effective daycare to public schools -- are far from uniform as well." writes John Kiernan in WalletHub's newly-released report.

For the other eight measures, Missouri fares significantly worse. Out of 51 states (including the District of Columbia), Missouri ranks 45th in public school quality, 35th in the gap between women's and men's salary earnings and 34th for parental leave policy.

Experts say Missouri's low ranking when it comes to the gender pay gap is particularly troubling. President Barack Obama has made the issue a focus in his administration, signing two executive orders last month to end the discrimination.

"A woman deserves equal pay for equal work," Obama said in his 2014 State of the Union address. "She deserves to have a baby without sacrificing her job. A mother deserves a day off to care for a sick child or sick parent without running into hardship -- and you know what, a father does, too."

Paying women equal wages is the "obvious answer," says Sara Sutton Fell, the CEO of FlexJobs.com, a telecommuting job posting site that hires moms looking to work from home. "The idea that in 2014, women still do not make wages equivalent to their male counterparts is beyond understanding."

But once men and women are paid equally, Fell says businesses will need to adapt to families' schedules by adding flexibility.

"While the need for flexibility is not gender specific, the fact remains that women have to make choices between their career and their families more frequently than men do," Fell says. "When a woman knows that she can be there to take care of her family when she needs to be, the same focus and dedication she gives to them can be directed to her job."