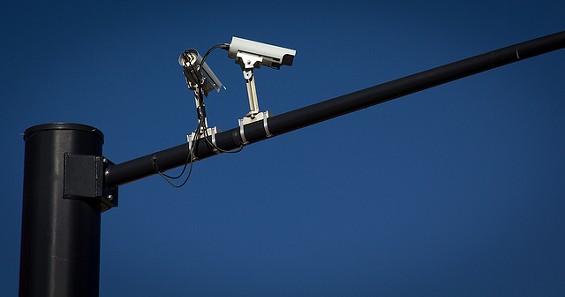 The Missouri Supreme Court will not take on two court cases involving red-light cameras in Ellisville and Arnold, effectively invalidating the cities' ordinances.

The Supreme Court has turned down five recent chances to have its say on the controversial cameras, leaving Missouri with a confusing patchwork of red-light laws.

"There's nothing on the horizon here to show the Supreme Court is going to weigh in," says St. Louis-based attorney Ryan Keane, who tried the five cases out of Ellisville, Arnold, Creve Coeur, Florissant and Kansas City, all of which were turned down by the Supreme Court. "This was the opportunity, and they decided not to. We don't know why they didn't."

The Supreme Court only decides to hear about 10 percent of the cases that make it up to the top appeals court in the state. If the Supreme Court turns a case down, that means the ruling of the last appellate judge is the final verdict. In all five of Missouri's recent red-light-camera cases, the appellate judges found rules about the camera ordinances to be invalid or unconstitutional. 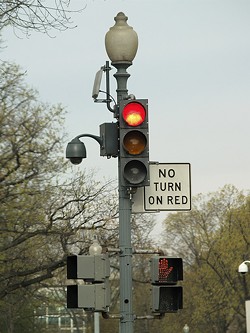 Ellisville's red-light-camera ordinance is ruled to be invalid because the city fines a car's owner, not the driver, for running a red light.

"Any strict ordinance that holds owners liable, not drivers, conflicts with Missouri state law and is invalid," Keane says. "That is the final decision now. That means there is no other, further way for the city of Ellisville or American Traffic Solutions or any other municipality."

A judge ruled that Arnold's red-light ordinance is unconstitutional because the city doesn't assign punitive points to a violating driver's record -- a requirement for all Missouri moving violations.

Arnold could rewrite its ordinance to put it in line with state law.

"Several Missouri cities have already changed their ordinances so the violations are reported to the Department of Revenue and points may be assessed against the drivers' license of the violator," says Ed Dowd, attorney for American Traffic Solutions, to the St. Louis Post-Dispatch. "Other Missouri cities will most likely follow after today."

Ellisville decided in March to give up on red-light cameras.

The cameras are still operating in St. Louis city after a judge ruled the ordinance was invalid. The judge ordered the city to keep fines collected from red light violations in an escrow account so the money can be returned if the Supreme Court rules against red-light cameras in the future.

"Until those issues are decided by the Missouri Supreme Court, there is no clear guidance on how cities' red-light safety camera programs should operate," says St. Louis city counselor Michael Garvin.

And it doesn't look like that will happen any time soon.