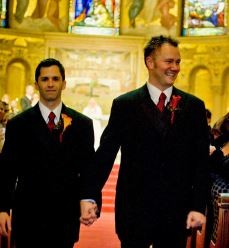 That's when oral arguments will kick off in Barrier v. Vasterling, the most direct legal challenge to Missouri's constitutional ban on same-sex marriage since the amendment became law in 2004.

"Missouri has traditionally recognized marriages from other states that were legally entered into," says Tony Rothert, legal director of the American Civil Liberties Union of Missouri, which is suing the state on behalf of eight same-sex couples who were legally married elsewhere in the U.S.. It's unfair, he explains, that Missouri honors the union between two first cousins married in Tennessee and not the one between two women married in Iowa.

Indeed, Missouri recognizes plenty of marriages from other states that wouldn't be legal here, such as common-law marriages, marriages between first cousins or (in New Hampshire's case) a marriage between a fourteen-year-old boy and thirteen-year-old girl.

"If you're married in another state and it's legal there, Missouri doesn't look into whether your marriage would be valid in Missouri," says Rothert. "It just asks if the marriage was legal where it was entered into."

Though the ACLU's lawsuit doesn't explicitly challenge Missouri's gay-marriage ban, the September hearing for summary judgement motions will likely force the state to defend the legal basis for the constitutional amendment. 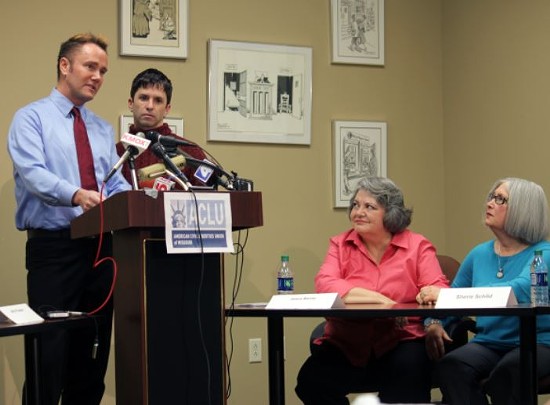 Rothert concedes that the result of lawsuit could be narrow. It's possible the judge will force Missouri to recognize the marriage of Julikka LaChe and Beth Drouant -- one of the plaintiff couples who married in Iowa in 2010 -- but won't order the state itself to issue marriage licenses to same-sex partners.

However, that very distinction was ripped apart last week by Republican representative Nick Marshall, who had filed articles of impeachment against Governor Jay Nixon for allowing legally married same-sex couples to file joint tax returns in Missouri. Marshall contends there is no distinction between recognizing out-of-state gay marriages and issuing same-sex marriage licenses in Missouri.

"It's clear: Missouri's constitution says we shall not recognize marriage between other than a man and a woman, and the governor has done the exact opposite," Marshall told the House Judiciary Committee last Wednesday, according to St. Louis Public Radio.

"This is such a serious blatant violation of Missouri's constitution and Missouri's law that the governor must be removed from office," he added.

Rothert says Marshall's political grandstanding is "in a different dimension" and won't affect the legal battle over marriage equality in Missouri. However, a Cole County judge earlier this month ruled against four stalwart conservatives who sued Nixon over the gay taxes issue, claiming they were harmed by the governor's violation of the state constitution.

"The arguments are virtually identical about why the state has to recognize out-of-state marriages and why the state must issue marriage licenses to all couples," says Rothert.

"Our argument is the same," he continues. "You violate equal protection and due process when you deny the fundamental right of marriage to one group based on their sexual orientation."

Continue for the full text of the ACLU's motion.

LGBT See You in Court!