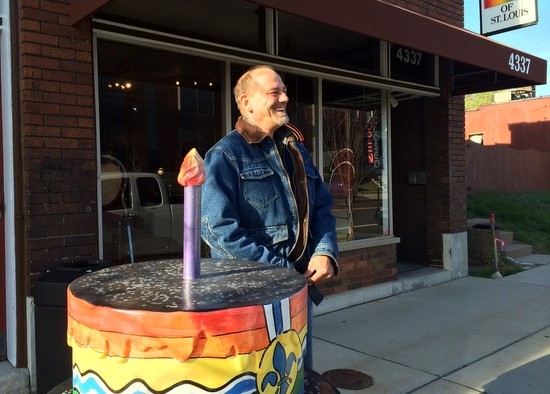 It may not look that way on June 1, when the center plans to close the doors to its physical location, but staff tell Daily RFT the center just needs more time to move into a new, larger space.

"We're still here, we're still answering the phones, we still have the resources for the community," Joseph Hosea, the coordinator for the center's move, tells Daily RFT. "It's just not going to be in a physical location until we get the right spot."

The center's current building in the Grove has been sold, so the LGBT resource is looking for a new building measuring at least 6,000 square feet, preferably in the city's Grove, Central West End or Tower Grove neighborhoods.The center has brought on IFF, a Chicago-based nonprofit real estate consultancy, to help find its next home.

See also: St. Louis is One of Nation's "Gayest" Cities

But even if the center's building hadn't been sold, Hosea says, they need more room, especially for the more than 30 groups that hold regular meetings there.

"We've grown out of this space," Hosea says. "We have a hunt going on for a new place. We don't want to rush the process."

Hosea has big dreams for the center's future location, including office supplies and space for new organizations serving the LGBT community. The center is already in talks with other local groups about combining forces under one roof.

"We're hoping to provide a space that other LGBT nonprofits can get a kickstart from," Hosea says. "That way, we're all together."

The center also wants to find a space to fit a performance venue for 200 people to hold fashion shows, plays and other artistic performances.

Until the center finds a new location, groups will relocate to other neighborhood meeting places, and volunteers will staff the phones using the center's soon-to-be-released app. Hosea calls it "going virtual."

"We have a bright future ahead of us," Hosea says. "We want to unite the community under one roof and hopefully serve that community better."