Sorry, St. Louis, Those I-K-E-A Letters Were A Total Fake Out 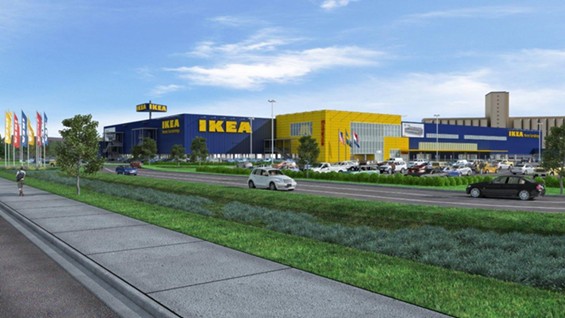 We thought St. Louis would stop losing it's mind with joy at every IKEA-related social media rumor once the Swedish furniture wizards made their intentions to open a store here official.

Thankfully, we were wrong.

The IKEA frenzy continues, this time when an imgur user posted a photo of a truck at I-270 and I-44 hauling giant, 12-foot yellow letters that spelled I-K-E-A.

The St. Louis Business Journal's E.B. Solomont admits she "caught a bit of IKEA fever" when a photo of the letters popped up in her Twitter feed. She did some digging, and what she found is only a little disappointing.

The letters aren't bound for the future St. Louis IKEA, says Ikea spokesman Joseph Roth. They're on their way to Kansas City, where IKEA opens in Fall 2014, from the manufacturers in Dothan, Alabama, about 700 miles southeast of St. Louis.

And that makes a lot of sense because St. Louis' IKEA store isn't slated to open until 2015, a year after Kansas City. (Remember how upset St. Louis was when KC beat us to having the first store in Missouri?)

Besides, IKEA hasn't even closed on the Cortex district land they'll be building on, Solomont reports. The land will cost about $30 million.