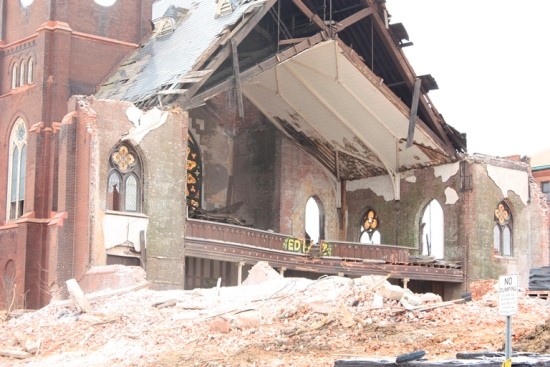 Demolition crews have been working on the ill-fated Bethlehem Lutheran for the last week, following the collapse of one of its exterior walls. The historic Hyde Park church, which we wrote about back in January, will also cease to exist in the next month. The church has sat vacant for the last 25 years. The congregation that owns the church still exists, but it has shrunk to a fraction of its original size -- from a high of 1,000 regular churchgoers to around 100 today. Maintaining such a massive building with limited financial resources certainly posed a problem for the church, and this article is not an indictment of the congregation's actions. I know they're devastated to see their beloved church come down.

A neighbor who lives close enough that errant bricks from the demolition landed on her property informed me last week that the initial collapse on April 11 proved to be relatively minor, affecting only the roof. But the sound was deafening, and a cloud of brown dust poured out of holes in the stained glass windows and roof. 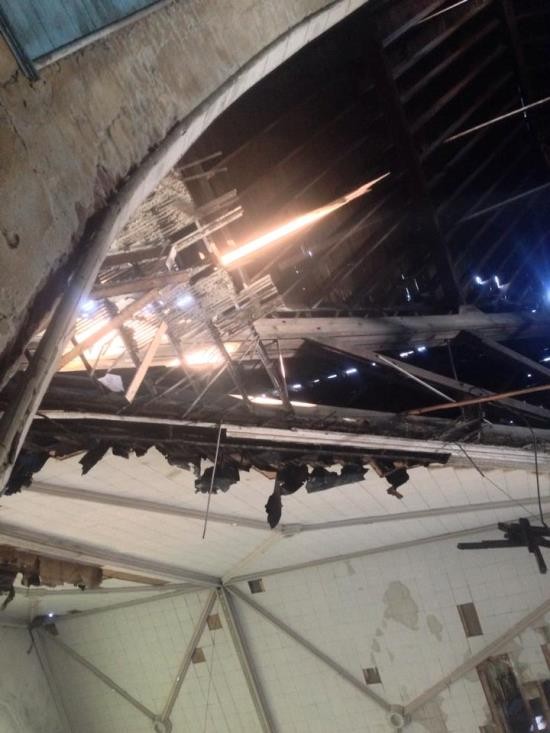 The neighbor has observed the deterioration of the church for the last several decades; the theft of copper and damage to the spire over the center of the church caused the spire to crash into the roof, opening the sanctuary to damaging wind and rain. Crews are now knocking down walls and carefully loading bricks onto pallets for sale. 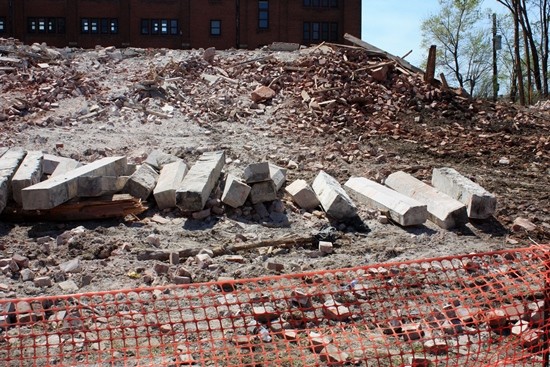 The congregation is now in negotiations with the City Museum to salvage pieces of terra cotta from the top of the church's tower. Hopefully City Museum won't remove the decorative elements from the tower. While most of the church is a lost cause, the grand bell tower was clearly still stable enough to allow City Museum employees to enter it last week.

Continue to read more of how we could possibly save some of the church. 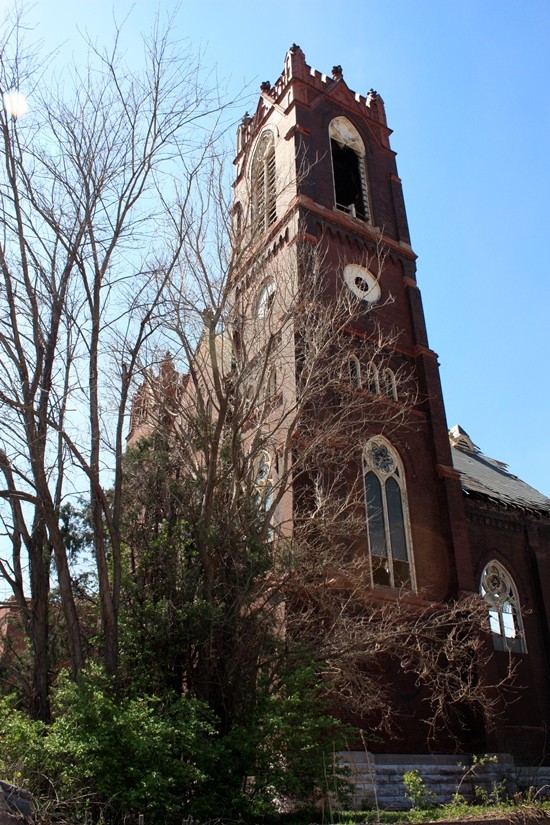 Paul Hohman, one of the leading preservationists in St. Louis who has helped to rehab thePaul Brown Apartments and Metropolitan Artist Lofts, agrees. At least one of the church's towers should be saved.

"The towers should be able to stand on their own," says Hohman. "Even if the foundation is not separate, it would be deeper and stronger than that for the rest of the building and should be fine as long as no one tears out the foundation immediately adjacent, which would be very unlikely unless someone built something there."

Similar efforts allowed demolition crews to spare the church tower at the old St. Henry's Church, after that south-city chapel fell into disrepair. 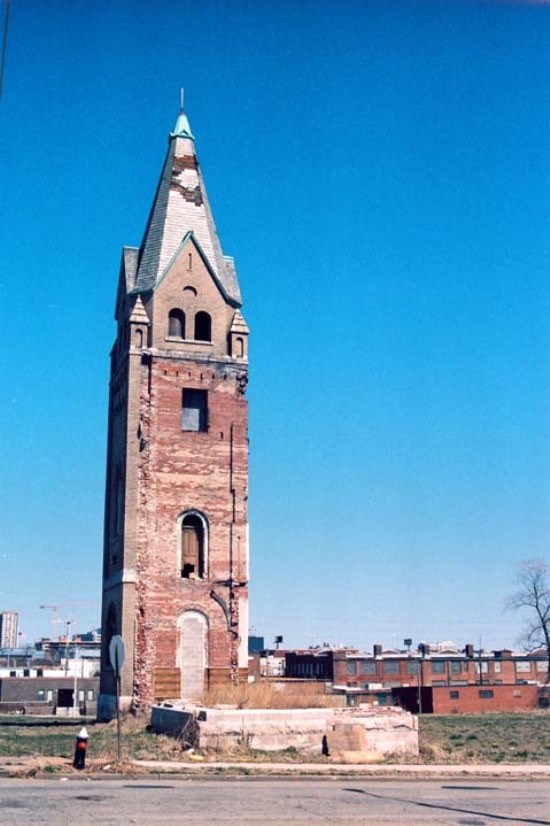 Word on the street is that the charter school housed in the old Bethlehem Lutheran School building is planning to expand onto the land where the church sat. Incorporating the historic towers into the new building would be a great memorial to the old church, and one that has precedent. The famous Kaiser-Wilhelm-Gedächtnis-Kirche in Berlin, left in ruins after World War II, demonstrates how effectively and poetically a ruined church tower could function within a new structure. 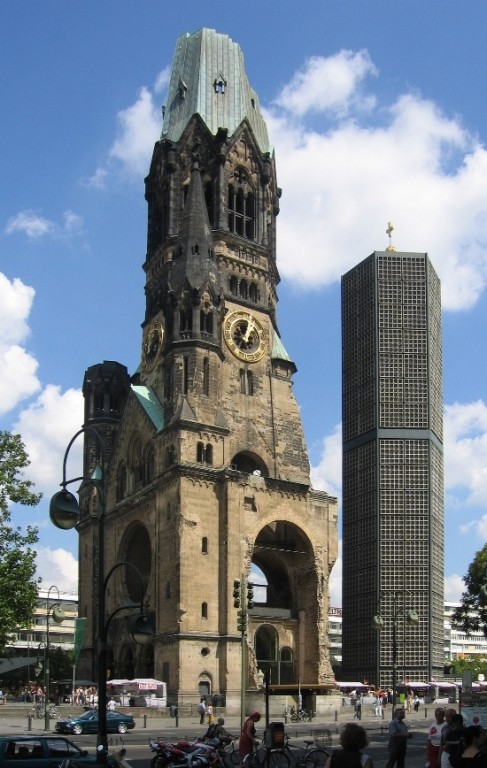 Is this a crazy idea for St. Louis? Maybe, but it's no less crazy than allowing one of St. Louis' most beautiful churches to be lost forever.