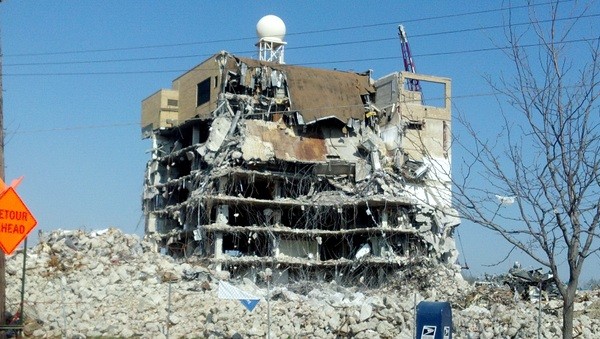 When we last checked in with Forest Park Hospital, it looked abandoned, evacuated, even post-apocalyptic. The building perched above Highway 40/64 across from Forest Park had sat vacant for more than a year.

"It's a little creepy because there are still things on. Things are buzzing, things are beeping," Nick Zulauf told Daily RFT after getting into the hospital through a storm grate in 2012. "The water still runs."

Even before the wrecking crews started, Forest Park Hospital looked totally haunted. These are just a few of Zulauf's creepy images from the abandoned hospital:

Today, images of Forest Park Hospital are no less haunting as a wrecking crew demolishes the old hospital to make way for new offices and attractions for the Saint Louis Zoo.

We sneaked as close as we could to the crumbling building to capture its demise. Here are eight of our favorite portraits of the demolition of Forest Park Hospital: 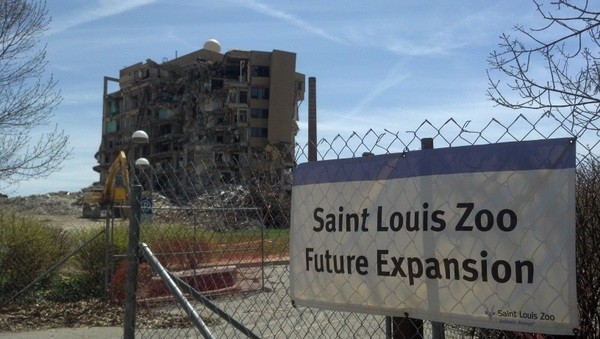 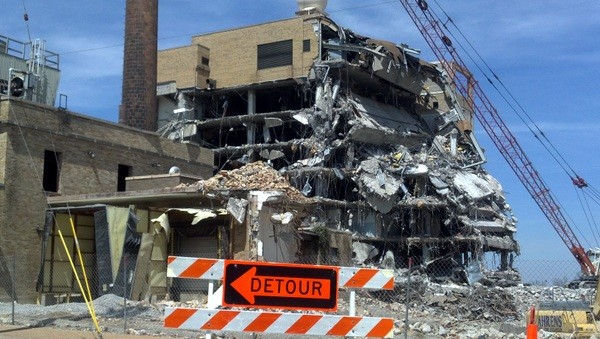 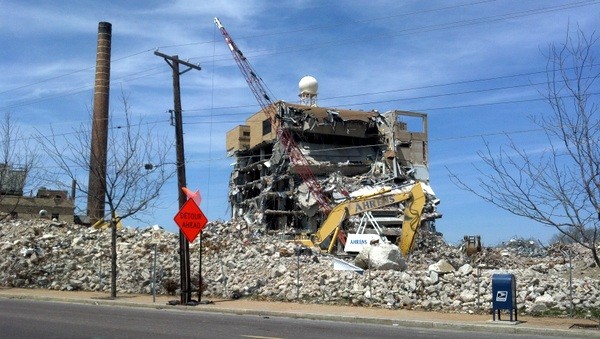 More photos of the last days of Forest Park Hospital on page two. The zoo bought the thirteen acre site in October 2012 to pave the way for the expansion. The zoo's plans stretch 30 years into the future, starting with a parking garage to open this summer and eventually culminating in expanded animal habitats, a zoo-themed restaurant and hotel and even an over-the-highway gondola. 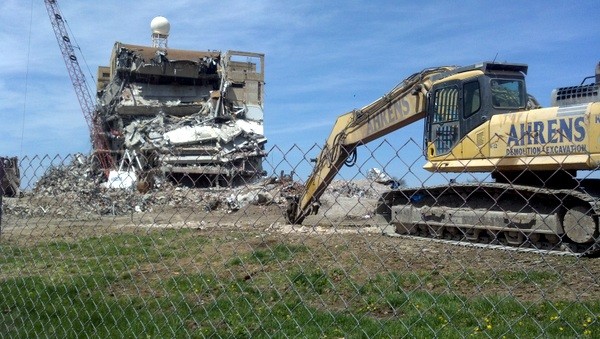 Crews started demolishing the hospital in January. The south wing, the main hospital and the central utility plant are slated to be torn down by June.