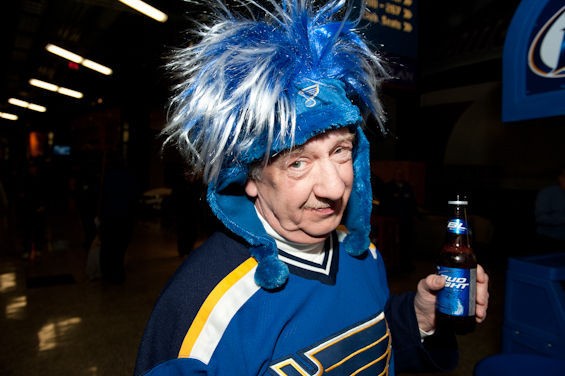 Are you a Blues fan? Want to catch a first-round playoff game?

The most expensive matchup at this year's hockey playoffs so far is the Blues' Game 4, at Chicago versus the Blackhawks on April 23, according to a report from ticket marketplace Vivid Seats. The median ticket price is $340, a full $55 more than tickets to the second most expensive game in the first round: Game 2 between Philadelphia and New York.

Compare that to the Anaheim Ducks, whose first game against the Dallas Stars only costs $52.

Vivid Seats analyzed average and median ticket prices, ranking each game by its cost for fans. Of the 32 games in the first playoff round, St. Louis games against the Blackhawks ranked the 1st, 9th, 12th and 18th most expensive.

But there is good news for Blues fans: Tickets for the games in Chicago are more than $100 pricier than the ones that will be played here in St. Louis.