In today's "no duh" news, two studies out of the University of Missouri say people who spend lots of time on Facebook and Twitter are more likely to fight, cheat or break up with their romantic partner over Facebook- and Twitter-related conflicts.

News about social media's impending threat to the status of marriages and relationships went viral this week, popping up in several national and international outlets. (The study got lots more press than another recent Mizzou discovery that boys face more sexual coercion than we realized, mostly from female perpetrators.)

Luckily, the study's findings -- as published by Russell Clayton, a doctoral student at MU's journalism school -- aren't really news as much as they're a reminder not to you-know-what where you eat.

Here's what Clayton found: Active Twitter and Facebook users are more likely to get caught in social-media-related conflict with their partners than occasional tweeters and Facebookers. 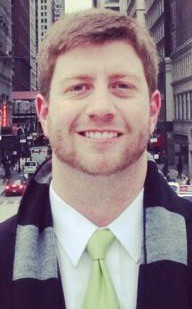 "The more a person in a romantic relationship uses Facebook, the more likely they are to monitor their partner's Facebook activity more stringently, which can lead to feelings of jealousy," Clayton says. "Facebook-induced jealousy may lead to arguments concerning past partners. Also, our study found that excessive Facebook users are more likely to connect or reconnect with other Facebook users, including previous partners, which may lead to emotional and physical cheating."

But Clayton only studied couples where both parties were plugged in to social networking, so, as Amanda Hess at Slate points out, there's no control group. That means there's no way to compare the couples Clayton studied with couples who aren't active on Facebook or Twitter.

"Instead of telling us that using Twitter actually causes infidelity or divorce, it tells us is that the more time you spend on a platform, the more opportunities you have to mess up on that platform," says Hess.

Clayton's findings seem similar to the oft-cited statistic that most car accidents take place within 25 miles of home. That's not because home is dangerous; it's because drivers spend most of their time near home. So maybe it's not so surprising that people who spend lots of time on social media get into conflicts on or about social media.

But for couples who are active on social media, Clayton finds that Facebook poses a threat to newer couples, and Twitter can ruin a relationship no matter how old it is.

Couples who'd been in relationships for three years or fewer were the most likely to experience Facebook-related infidelity and break-ups, according to surveys of Facebook users ages 18 to 82 years old.

"Facebook may be a threat to relationships that are not fully matured," Clayton says. "Although Facebook is a great way to learn about someone, excessive Facebook use may be damaging to newer romantic relationships."

But when it comes to Twitter, it doesn't matter how long you've been together. The more you tweet, the more likely you and your sweetie are to get into a fight, cheat on each other or even break up.