St. Louis Has the 8th Worst Potholes in the U.S. 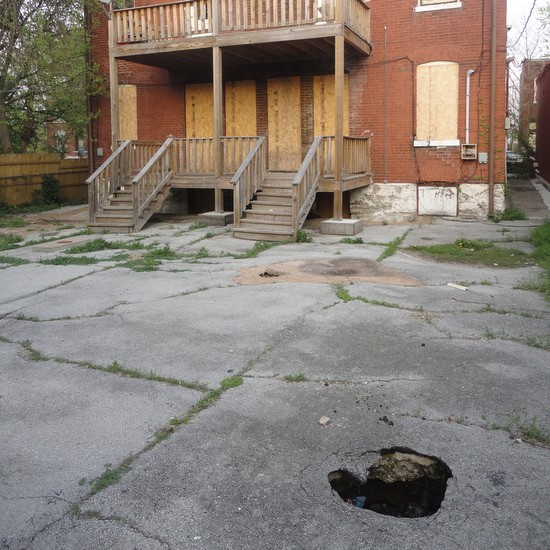 It's not your imagination.

This winter's brutal cold and heavy snowfall have eroded the pavement beneath our cars, putting St. Louis at No. 8 on a top-ten list of cities with the worst potholes.

See also: Why Your City Street Continues to Resemble a Swiss Glacier

St. Louis city sent out twenty crews to patch potholes after a particularly strong storm in January, asking drivers to call, e-mail or tweet the locations of the tire-busting holes. On Tuesday, the Missouri Department of Transportation shut down lanes of northbound I-270 at St. Charles Rock Road to repair a giant pothole.

Potholes.info, a website dedicated to pothole news, ranked top U.S. cities in terms of the worst potholes. St. Louis came in at No. 8, and Kansas City, Missouri, came in at No. 4.

Only in #STL can we have signs for pothole season.

Here are the top ten, according to potholes.info: