Call it the house that Bud built.

August A. Busch's sprawling Florida beach estate -- complete with three separate waterfront homes and a 220-foot wharf -- is on the market for a $6.9 million price tag. 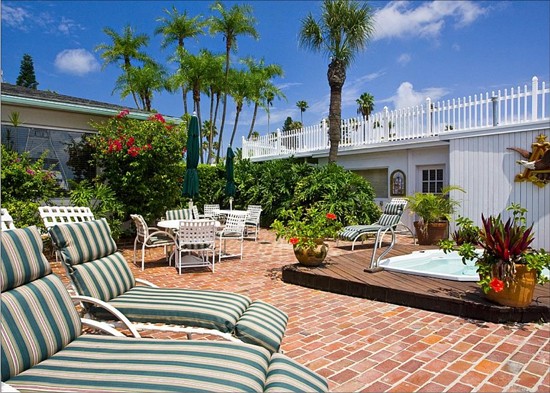 The brewery mogul stayed at the St. Pete Beach house during spring training for the St. Louis Cardinals, then in downtown St. Petersburg.

See also: Busch Unbottled: Divulging secrets from the sudsy to the sordid, a new book pops the top off St. Louis' beer-brewing dynasty

When Busch wasn't entertaining the rich and famous, his Pass-A-Grille beach house served as a winter headquarters, where he oversaw the growing operations of (then) the world's largest beer dynasty, Anheuser-Busch. He brought secretaries, servants, private chefs, corporate officers' general staff and the legal department to the beach from Grant's Farm from December through April.

Two of his ships, the A & Eagle, a 120-foot yacht, and the Miss Budweiser, a 51-foot Rybovitch Sport Fish, are still at the estate. The wharf, which can accommodate a 140-foot yacht, is so large that it's illegal to build one that large anywhere else in America.

Busch's 83rd birthday -- seven years before his death in 1989 -- made the papers when friends surprised him at the beach house with a rather unusual gift: a tiger from Circus World, according to the Times.

After Busch's death, the estate spent fifteen years in fierce court battles until Tom Frederick, founder of Tampa's Zeno Office Solutions, bought it in December, according to the Times. The property is now marketed by Mark and Chase Ganier at RE/MAX Realtec Group for $6.9 million. 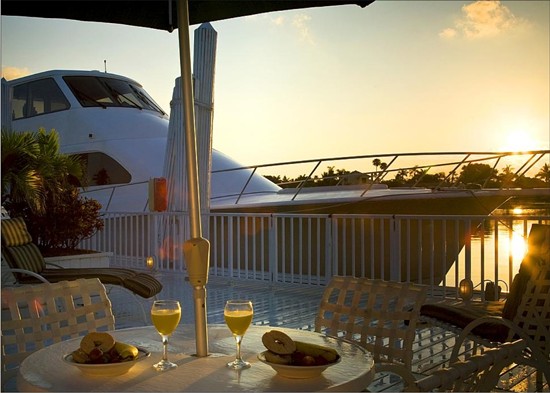