Ballpark Village: Here's What Happens When You Violate Our Dress Code 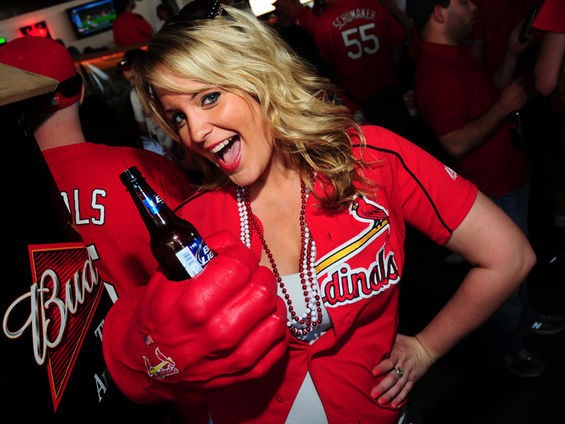 After all this talk about Ballpark Village's late-night dress code policy, we just have to ask:

Whether you're dressed like the Village People or just wearing a Wacha jersey on a non-game day, what happens to patrons at Ballpark Village who break the dress code?

The dress code itself, printed on the websites for eight of the village's bars and restaurants, says management can "deny entry or remove" anyone in violation.

But after Wednesday's outcry over the overly strict sartorial rules, Ballpark Village's developers, Cordish Cos., and the Cardinals released a joint statement to calm things down.

"A customer code of conduct -- which includes a dress code -- is a recommended practice by police and alcohol boards across the country for entertainment areas and is currently implemented by similar businesses in St. Louis," the statement says.

So if you get kicked out of a Ballpark Village club because of your (lack of) sleeves, bandanna or too-long T-shirt, at least you get a night of free parking out of it?

Post by FOX Sports Midwest Live.
But if you really want to stick to the dress code, we suggest this strategy:

How i'll be obeying the dress code at Ballpark Village this summer: pic.twitter.com/aRQTBTk9ef