Missouri's D.C. Representatives Fight for Corporate Right to Put God in Your Uterus 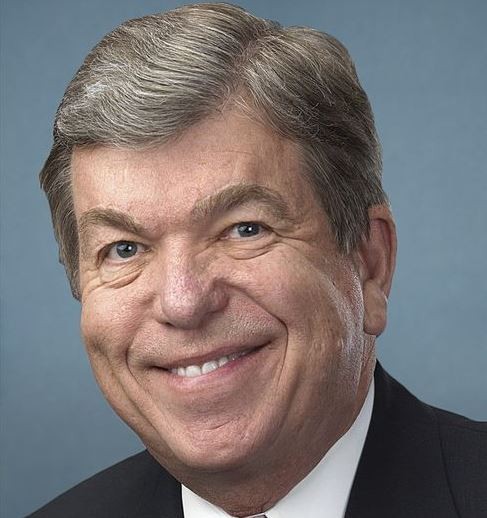 The Supreme Court heard oral arguments yesterday in the Hobby Lobby case that seeks to answer the question of whether a corporation can restrict a woman's access to health care on religious grounds -- and not a single Missouri representative in Washington has spoken out against it.

Hobby Lobby, a retail chain owned by an upstanding Christian family that sells cheap arts and crafts products made by the hands of sweatshop-bound Chinese laborers who are sometimes forced to have abortions due to their communist country's one-child policy, doesn't want its female employees to have affordable access to emergency contraception, such as Plan B and IUDs, which are known to be amazingly effective and safe birth control devices. Unfortunately, the religious knickknack giant believes these medications and devices induce abortions. They don't.

And in what was a reflection of most of Missouri's representatives, Senator Roy Blunt and his mountainous eyebrows took the Senate floor in Washington, D.C., Tuesday to stand up for the right of American corporations to prevent women from having health-insurance plans that would allow them to put a piece of copper in their uterus.

In a twelve-minute speech, Blunt mainly railed against Obamacare, which he is used to doing (his Twitter account is mostly rants against Obamacare or photos of him displaying his intimidatingly giant eyebrows). Afterward, the senator defended Hobby Lobby's religious right to believe in things that aren't true and force those beliefs on women getting paid $9 an hour.

But Blunt isn't the only Missouri representative in D.C. trying to take women back to the stoning age. Click on the next page to see how horrible Missouri's politicians are...

In fact, not one of Missouri's representatives has come out against Hobby Lobby, not even Senator Claire McCaskill.

McCaskill hasn't made any media statements defending women's right to contraception in this case, and her last tweet was on March 22 -- about a Mizzou wrestler:

Meanwhile, Missouri's other representatives have been tweeting up a storm to defend corporation's right to discriminate against women, if that's what their religion calls for.

Jason Smith was busy talking about hydropower this week, but he found the time to stick his nose in the uterus debate:

No one should be forced to provide contraception and abortion drugs against their conscience. #SCOTUS #HobbyLobby http://t.co/XNy6q4kg3X

And Representative Billy Long wrote a very dry anti-contraception response just to throw his two cents in, because why not?

Representative Emanuel Cleaver has not said anything at all about Obamacare on Twitter recently, much less the contraception issue.

Representative Blaine Luetkemeyer (R) hasn't specifically addressed contraception, but he has tweeted against Obamacare, which is par for the course for Republicans.

And St. Louis' Representative Lacy Clay (D) hasn't talked about contraception, but he has been tweeting heavily in favor of Obamacare, urging people to sign up.

Gettin' All Religious Up in Here Politics Reproductive Rights