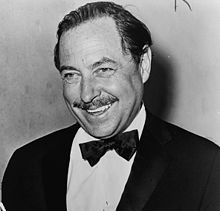 After 80 years in obscurity, Tennessee Williams' short story "Crazy Night" is finally available to the bookworms of the world.

And literary experts say the story about a college freshman's feelings for an older girl on a night of drunkenness, desperation and "sexual skirmish" could be a fictionalized account based on Williams' time at the University of Missouri, especially his brief relationship dating Anna Jean O'Donnell.

"The funny thing is that Williams, in his notebooks and memoirs, went into a lot of detail about his love affairs, but with Anna Jean, he made only a passing mention," says Andrew Gulli, managing editor at The Strand Magazine, to the Associated Press. "Could this be the missing piece of the puzzle?"

The Strand Magazine, a quarterly based in Michigan, published Williams' story in its spring issue after Gulli unearthed it in the University of Texas at Austin's Harry Ransom Center, according to the Associated Press.

Williams -- already known for modeling female characters after real women in his life, including his sister, who inspired the character Laura Wingfield in The Glass Menagerie, and his mother, who was the basis for Blanche DuBois in A Streetcar Named Desire -- writes the story in the voice of a college freshman in love with a senior, Anna Jean. 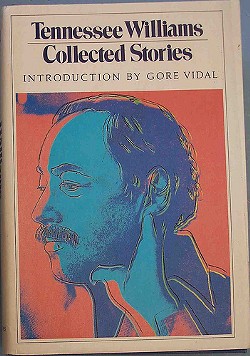 Guilli's theory that "Anna Jean" is based on Williams' ex is hardly far-fetched. Williams may be famous for his plays, but literary experts say Williams' short stories are largely inspired by his everyday life. According to the Associated Press, American playwright and novelist Gore Vidal writes in the introduction to the 1985 anthology of Williams' stories:

Whatever happened to him, real or imagined, he turned into prose. Except for occasional excursions into fantasy, he sticks pretty close to life as he experienced or imagined it. No, he is not a great short story writer like Chekhov, but he has something rather more rare than mere genius. He has a narrative tone of voice that is wholly convincing.

Williams' newly rediscovered story starts on an unnamed college campus in the early 1930s, when Prohibition was still in effect and, as Williams writes, "students graduating or flunking out of college had practically every reason for getting drunk and little or nothing that was fit to drink."

Williams wrote freely about sex at a time when other authors shied away from the explicit. Find out what Williams means by "sexual skirmish" on Page 2.

In the story, students gather for an end-of-semester, ritualistic binge on alcohol and sex, pairing men and women together "in a very businesslike manner, almost like vaccination the first day of school, each boy being allowed about five minutes, going in sort of white and trembling and coming out very loud and excited with a sheepish look on his face -- indicating quite plainly the difference between an initial success or failure in the sexual skirmish."

While other writers shied away from explicit sex, Williams' prose celebrates the "ultimate degree of intimacy" as his narrator has sex with Anna Jean before losing her to another student.

"Both her arms were lifted toward me," Williams writes. "I had fallen between them. And the rest of what happened between us was a blind thing, almost involuntary, drawing from us both something that seemed hardly a part of ourselves."

Anna Jean O'Donnell didn't hold Williams' heart for long. His eventual target was a boy named Smitty, according to the New York Times, who eventually "brushed him off."

Williams, who graduated from University City High School, attended Mizzou from 1929 to 1931 and studied at Washington University between 1936 and 1938.