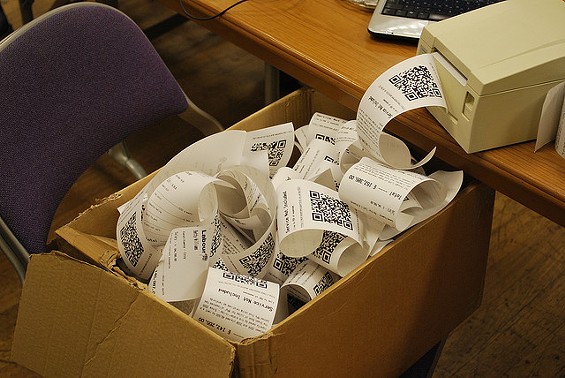 Ishaan Davis, 37, and Ingrid Millsaps, 44, confessed to using stolen clothes, fake receipts and counterfeit identification to steal more than $400,000 over eleven years from stores -- including Ann Taylor, the Loft and the Gap -- in Missouri, Pennsylvania, Indiana, Ohio and Illinois.

Police took Davis and two co-conspirators -- Shonta Simpson, 29, and William Randall Estes, 23 -- back to their hotel rooms, where they found more boxes of clothes with tags still attached mailed from New York.

Davis, Simpson and Estes planned to return the stolen merchandise for cash using the equipment found in his car, according to the United States Attorney's Office. Estes received a daily wage for his contributions, and Simpson was awarded a percentage of the money from the clothes she returned.

The most impressive criminal mind in the bunch may belong to Ingrid Millsaps, 44, who stole most the merchandise Davis' crew returned for eleven years.

See how much merch Millsaps could steal in one go on the next page. Once, on an order to send more clothes for illegal returns, Millsaps stole $60,000 of clothing and other items during a two- to three-week period.