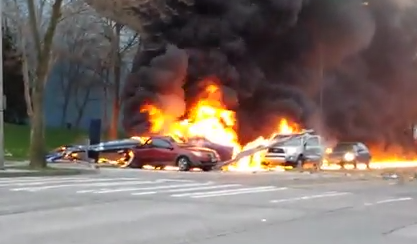 After one of its helicopters crashed in Seattle on Tuesday, Helicopters Inc., a St. Louis-area business, says it's cooperating with a federal investigation into the fiery wreck that killed two of its employees, a veteran photojournalist and a pilot.

Helicopters Inc., whose headquarters is technically in Cahokia, Illinois, specializes in providing news helicopters and video services to news stations.

Both men killed in the crash were employees of Helicopters Inc. and contracting with ABC affiliate KOMO-TV. The company employs twelve local pilots, including six full-time pilots, according to the St. Louis Business Journal.

On behalf of the Helicopters Inc. family, I would like to extend our deepest sympathies to the families of those lost and injured in Seattle today. We mourn their loss and suffering and our thoughts and prayers are with them. We will cooperate fully and completely with the National Transportation Safety Board and provide to it whatever information it wants in order to assist it in its work in determining what happened. So that we do not interfere with its work, we will not have any further comment except to say that we are saddened and deeply affected by this tragedy.

Witnesses tell Seattle news outlets that the helicopter made a strange noise before taking off again after a refueling stop around 9:40 a.m. The helicopter crashed onto a side street south of the Space Needle, hitting three cars and causing one to explode, severely burning the driver. 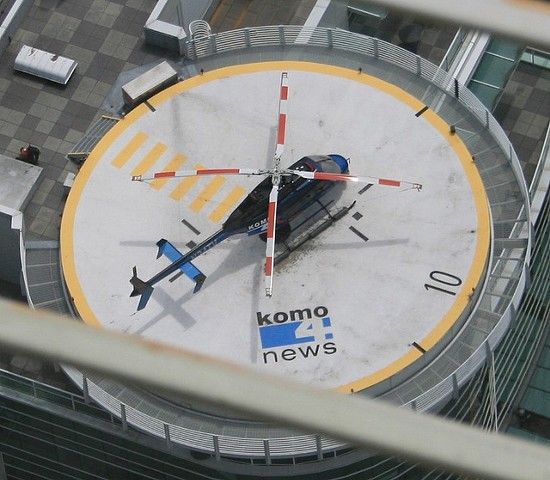 The two men in the helicopter died: Bill Strothman, 62, a long-time photographer and a contractor for the TV station, and Gary Pfitzner, 59, the pilot.

The Seattle Times found a similar crash from 2008 involving Helicopters Inc. The company was leasing a helicopter from Sansone LLC, another helicopter company that shares a New Jersey address with Helicopters Inc., that crashed outside of Houston, killing a photographer and a pilot, who was employed by Helicopters Inc.

Helicopter Inc. flew the headquarter's flags at half-staff Tuesday, according to Q13 Fox.