Homicide No. 27: Clem Russell, Suspected Jack in the Box Robber, Shot While Gambling

Clem Russell, a nineteen-year-old from south city, was just one of the four people in St. Louis City shot in three separate shootings in a two-hour stretch Saturday night.

But he's the only one who didn't make it out alive.

Russell was gambling with friends in the alley behind the 3500 block of Pennsylvania Avenue before 6 p.m. when an unknown gunman started firing, striking Russell in the back and shoulder and striking another twenty-year-old victim in the shoulder. 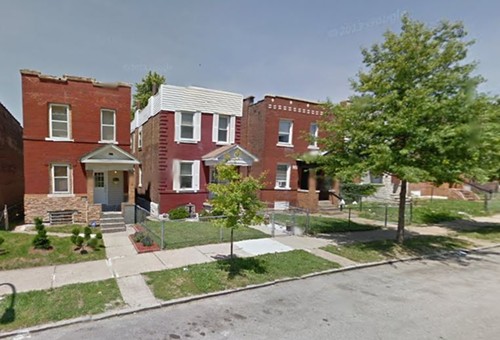 Russell caught Daily RFT's radar two years ago when he was arrested for robbing the South Kingshighway Jack in the Box during a spate of fast-food stickups.

When Russell was arrested two hours after the robbery, he was wearing the same clothes and hiding the same type of gun seen in surveillance video of the robbery, police said. He and an accomplice were also carrying the exact amount of money stolen from the restaurant.

The Jack in the Box armed robbery felt like the last straw for restaurant workers at a time when the news was full of violent stories involving fast-food joints, including some White Castle robberies and the robberies (and murder) of pizza-delivery drivers.

As part of his conditional release, a judge ordered Russell to stay away from the south-city Jack in the Box. Last year, he was charged with two counts of assault by physical injury of a highway worker in a construction zone and two counts of marijuana possession.

There were two other (apparently unrelated) shootings Saturday night, according to police reports.

Continue reading for more about the other two shootings, as well as full reports from police. A bullet grazed a sixteen-year-old's left calf while he was standing at the bus stop at Carr Street and Carver Lane just before 8 p.m. Three men on foot and one in a black Pontiac Grand Am with a white skull sticker started shooting at him, so he fled, he told police. 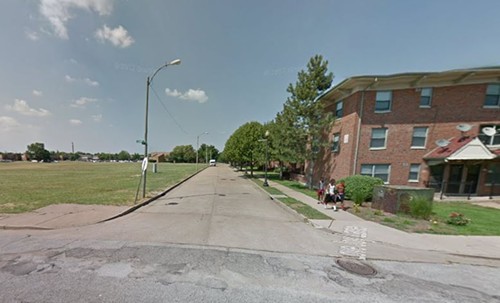 A 25-year-old man was shot in the leg when a gunman approached him in the 5200 block of Emily Street at 7:15 p.m. Police are looking for the suspect, described as a light-skinned black man in his forties with a thin build, bald head, white T-shirt, blue jeans and armed with a silver and black semi-auto handgun.

Here are the reports from police.

Suspect Vehicle: Black Pontiac Grand Am, dark tint on three windows and light tint on driver's window. White skull sticker with red tongue sticking out on rear bumper of vehicle; unknown MO license plate Officers responded to a "Shooting" at this location where they found the victim suffering from a gunshot wound to his left calf. The victim said he was approached by three suspects on foot and an additional suspect in a vehicle while standing at the bus stop at Carr St. and Carver Ln. All of the suspects began firing gunshots at him at which time he fled. The victim stated he did not recognize any of the suspects. The victim was transported to a local hospital where he was treated for a graze wound to his left calf. The investigation is ongoing.

The victim was getting out of his car when the suspect walked towards him and began shooting at him. The suspect then fled the scene on foot north on Emily. The victim sustained a gunshot wound to his leg. The victim drove his vehicle to St. Louis County where he was conveyed by EMS to a hospital for treatment. The victim is listed as stable. The investigation is ongoing.

Investigation revealed the victims were reportedly gambling with several subjects in the rear of this location, when an unknown suspect approached from the alley, began shooting at the group, and then fled the area. Victim #1 suffered gunshot wounds to his back and shoulder. Victim #2 suffered a gunshot wound to his shoulder. Both victims were transported to a local hospital by private vehicle. Victim #1 was pronounced deceased at the hospital. Victim #2 is listed as stable. The investigation is ongoing.