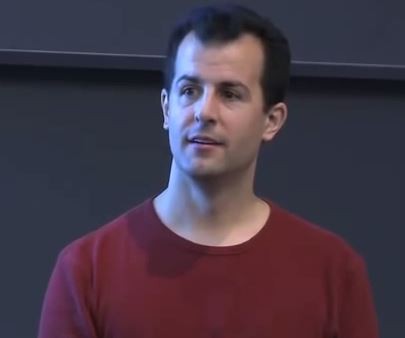 David Malan, the Harvard professor credited with revitalizing computer-science studies at the Ivy League school, is coming to St. Louis to help budding programmers in the first hackathon outside of Cambridge.

Harvard students have been holding "hackathons," all-night, collaborative coding events complete with a 5 a.m. trip to IHOP, for years to finish year-end projects with the help of Malan, his teaching assistants and other coders.

Now, St. Louis coding students will have the same chance to learn from one of the nation's leading computer-science experts.

"We look forward to a late night in St. Louis," says Malan. "This will be the first hackathon outside of [Harvard], and we're thrilled we'll have a chance to meet in person many of the students we've been meeting online."

Here's what a Malan lecture is like, if you're curious: )

The hackathon is the pot of gold at the end of the rainbow for hundreds of wannabe coders who signed up for classes through LaunchCode, the computer apprenticeship program created by St. Louis entrepreneur and Square cofounder Jim McKelvey.

McKelvey introduced Malan's hackathon to St. Louis LaunchCode students Monday night, asking them, "Have you ever had the opportunity to work with someone who is the best in the world?"

The event came together suddenly while the LaunchCode team visited Malan at Harvard.

"We were chatting with Dr. Malan when he asked how it would be if he came out to St. Louis," says Brendan Lind, who works with LaunchCode, to the St. Louis Business Journal. "Then he said, 'What if we brought a bunch of people? We do this hackathon with [the computer course]. What if we did that in St. Louis?'"

St. Louis' hackathon runs from 6 p.m. to 2 a.m. on starting on Saturday, March 29, at the St. Louis Public Library Central Branch, and students will work in small groups to build software.

LaunchCode started when McKelvey had to move the headquarters of Square, which he founded with fellow St. Louisan and Twitter czar Jack Dorsey, to San Francisco because there weren't enough capable coders to support his new business.

McKelvey didn't just leave St. Louis in a lurch; he founded a program to match capable programmers -- whether or not they had the right university credentials -- with top technology jobs and offered space and resources for those who took Malan's computer-science course online.

"We don't know how many of the students will finish, but there is a job for everyone that does," says McKelvey. "No kidding. If you learn this material, LaunchCode can get you a job."

So far, LaunchCode has found jobs for 54 programmers. Twenty-six of those have been hired up into salaried positions, 27 are working full-time at an hourly rate and one was let go.

Monsanto is ponying up the funds to bring Malan and his team of teaching assistants to the Lou.

"We recently hired our first LaunchCode candidate and look forward to continuing to work with the organization to place future IT talent who can help contribute to our work to develop new products and solutions for farmers around the world," says Jim Swanson, Monsanto's chief communications officer.