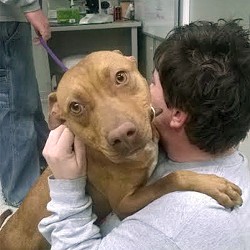 Four dogs and three puppies are finally safe in St. Louis after being rescued from a large dog-fighting ring in Louisiana.

Officials asked Stray Rescue in St. Louis to shelter and treat the rescues, including three scarred and injured males, an emaciated female dog, and her three puppies. The dogs arrived at Stray Rescue Saturday morning.

"We are taking in some of their medically severe cases so we can give these dogs the second chance they deserve," says Randy Grim, Stray Rescue's founder, on the shelter's website. "They reached out to us asking for our help to avoid family members of the individuals connected to the dog-fighting from breaking into their facility to steal the dogs back. 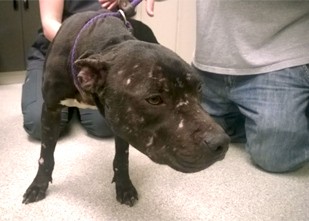 Authorities are distributing the dogs to shelters around the country, including seven dogs to Stray Rescue in St. Louis.