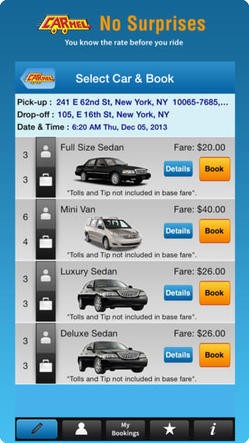 The company hoped to start St. Louis service on Monday, officially bringing the Lou into the growing circle of dozens of major American cities with access to a car and driver at the push of a button.

But the app isn't ready:

"The Carmel Limousine App approved by the St. Louis Taxi Commission last week is continuing to undergo testing and finalizing compliance with all rules and regulations and will therefore not be available to the St. Louis market on March 3, 2014, as originally planned," the company says in a released statement.

But if that's the bad news, there's still good news.

Carmel says it's making up for the delay by offering a "St. Louis Special" worth $22 in "car cash," the app's frequent-rider reward system. New riders who download the Carmel app automatically get $66 in "car cash," which can be used to discount the price of the ride by 20 percent, but St. Louisans will start with $88 -- an extra $22.

Here's the official Carmel explanation for how to find and use "car cash." (It's just after the bit about synching your account with your airline miles.)