St. Louis Named No. 3 U.S. City Most in Need of a Superhero 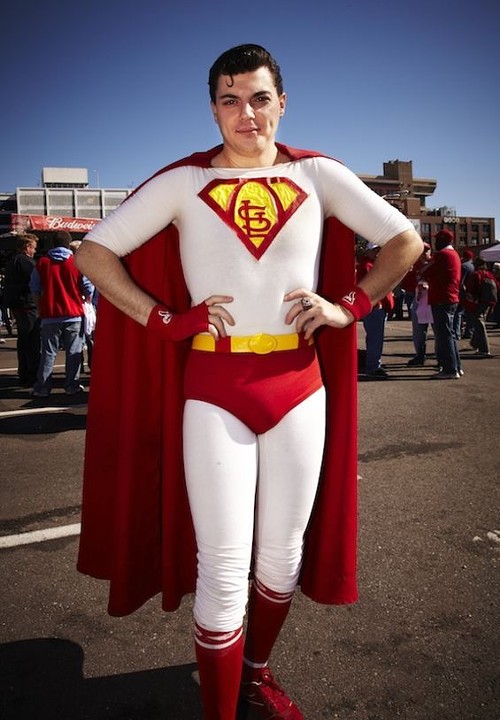 We need a hero! A superhero, to be specific.

A new ranking analyzes which U.S. cities are becoming modern day Gothams in need of their own caped crusader. St. Louis ranks No. 3, behind Detroit (No. 1) and Oakland (No. 2.)

Ryan Nickum, a real estate blogger for Estately, says it was St. Louis' natural disasters that put us close to the top of the list. St. Louis has its fair share of tornadoes, floods, earthquakes; plus, we sure could have used a superhero this winter to push cars out of snowbanks or clear neighborhood streets by flying over them.

St. Louis has plenty of criminals to keep a superhero busy. The Lou is consistently ranked in the top ten most dangerous cities in America, although the math behind those rankings gets a little fuzzy.

See also: St. Louis Named No. 5 Most Dangerous City Because No One Knows How Statistics Work

Nickum says he also looked for cities with organized crime syndicates, proximity to nuclear power plants, risk for terrorist attacks and local populations most likely to become super-villans, namely millionaires and scientists. St. Louis has them all, including a radioactive landfill just waiting to turn a spider into a superhero-generating terror.

Who is St. Louis' ideal superhero? Meet the Clump, a rough-and-tumble brewer with a tidy mustache who makes beer all day and fights crime all night. Nickum sees him as a beefed-up Tony LaRussa who can also brew.

"He looks like Mario, but he can jump over the Arch in a single bound, even higher if he's been drinking," Nickum says. "To me, it seems like he fits St. Louis. he is big, tough and hard-working."

Nickum admits a St. Louis native could probably come up with a better superhero, but a squat, bad-ass brewer protecting St. Louis is a pretty rad idea.

Besides, St. Louis can take care of its own problems. In the words of a famous St. Louisan, we don't need another hero.