Gov. Nixon Says "Maybe" to Medical Marijuana; Is He Evolving Like He Did on Gay Marriage?

In what could possibly be a shift in the way Governor Jay Nixon will approach reforming Missouri's draconian marijuana laws, he gave an ever-so tepid "maybe" to the question of legalizing marijuana for medicinal purposes when asked about it on CNN's State of the Union Sunday.

On a panel with three other governors - Rick Perry from Texas, Mike Pence from Indiana, and Dan Malloy from Connecticut - host Candy Crowley asked Nixon his thoughts on legalizing marijuana for recreational use. Well, sort of.

Crowley asked Nixon by stating: "I can't imagine that legalizing marijuana for recreational use sells in Missouri."

"Not so much," Nixon answered with a chuckle. The other governors chuckled, too. LOL at Missouri.

Nixon continued: "But medicinally, I think folks are beginning to see if there are things the medical community can help on and if there are specific ways they can, I think our legislature and our people might consider that. But I think to move beyond that at this point, I would say it's a bridge too far but that bridge has not yet been built."

It's difficult to tell exactly what Nixon means. He didn't say his personal views and give a flat no like Perry did. Nor did he completely dismiss the question as pointless and start talking about job creation, like Pence did. And he didn't say that he believes it's a positive thing or that he would support it, like he has recently done for same-sex marriage, a controversial issue among Missouri voters.

However, it could be that Nixon is just waiting until polls tell him where he should take a stand, like how he's done with same sex marriage over the past 18 months. As Missourians have increasingly supported marriage equality in polling data, Nixon's views have slightly progressed.

See also: 2014 State of the State: Nixon Calls to End LGBT Discrimination in the Workplace

In October of 2012, Nixon told KOMU: "I have not supported gay marriage in the past and don't at this point. I don't anticipate much legislative activity in that area."

A few months later, polling data came out that found his view was in line with at least 52 percent of Missourians, according to 2012 Public Policy Polling data. However, when asked about support for either same sex marriage or civil unions, more than 60 percent were in favor.

Even President Barack Obama, who had been cautious about being explicitly in support of same sex marriage before but needed to rally his base in an election year, said he wholeheartedly supported it (although he still says it should be a state matter).

A few months later in May of 2013, Nixon would no longer say he was against it - he just avoided the question, like he did in an interview with KMBC where he said: "I would only say that in the setting we're in right now, there's going to be plenty of time to look at what to discuss on that issue in the future."

But a few more months later, Nixon not only came out in favor of allowing gay couples to file joint taxes, he said they should be allowed to get married, too.

"Many Missourians, including myself, are thinking about these issues of equality in new ways and reflecting on what constitutes discrimination," Nixon said at a news conference. "For me, that process has led to the belief that we shouldn't treat folks differently because of who they are." 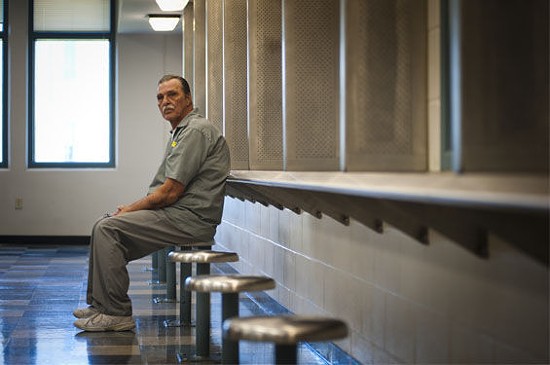 In little over one year, 58-year-old Nixon went from never having supported marriage equality in his life to, after a bit of reflection, believing everyone should be treated equally.

The percentage of Missourians who favor legalization today (approximately 50 percent) is the same amount who favored marriage equality in 2012. And the amount of people who would be in favor of medical marijuana is certainly higher, so Nixon's comments could be a sign he is beginning that road of reflection he traveled on while deciding his views on whether gays should be allowed to get married.

But it's difficult to determine. Nixon has been silent on marijuana reform. One of the only other times he addressed marijuana was when his son was arrested for a bag back in 2011.

Unfortunately, as the governor may or may not be reflecting, people all around the state are still being harassed by police, discriminated against by employers, and even incarcerated for entire lifetimes because they use marijuana.