The end is near for the Castle Ballroom.

"The Castle Ballroom was a casualty of two weather catastrophes," says Eddie Roth, deputy chief of staff to Mayor Francis Slay, explaining that wind storms severely damaged the exposed load-bearing truss system holding up its roof. After the second storm partially collapsed the roof in November, the city had no choice but to issue an emergency condemnation, Roth says.

Roth says the demolition permit hasn't been officially issued yet, but he expects it will be soon.

"It is a danger that cannot be remedied in any sort of reasonable or feasible way," he says, describing the need to demolish the 106-year-old structure. "It is really a shame."

Opened in 1908 as Cave Hall, the structure's grand ballroom and dancing academy made it one of the largest draws for ballroom dancing in St. Louis. When public interest in such traditional dancing waned in the '20s, Cave Hall changed its name to the Castle Ballroom and became a jazz and dance club.

As demonstrated by this 1935 advertisement in the Post-Dispatch, the hall was also one of the first venues to actively seek an African-American audience.

The 1930s brought about new ownership for the Castle Ballroom, with promoter Jesse Johnson taking the helm. St. Louis attracted jazz's biggest stars in those days. But the house band played its last number in 1953, and ever since the grand structure has remained largely empty.

Michael Allen, director of the Preservation Research Office, says the upcoming demolition is a loss for more than just our city's history.

"We don't have a lot of buildings like this," Allen says. "The Castle Ballroom's history is really important, but what makes this even worse for the city is that there are ways that building could be used and relevant today. It's an economic and architectural asset, and every time we lose one we lose more of the city itself."

In 2011, the building's owner, SAG Properties, got the building on the National Register of Historic Places. Roth says SAG hoped the availability of historic preservation tax credits would attract buyers, but none showed up in time.

Allen says he recognizes the city's need to tear down a structurally unsound building. However, he suggests that had circumstances -- and the right buyer -- come along in time the Castle Ballroom could have been saved.

"I think the damage is serious, but not fatal. We've seen buildings come back from worse collapses," Allen says.

As it stands, the history-rich, desolated Castle Ballroom won't be around much longer. But as shown in the following photos from SAG Properties' 2010 application to National Register of Historic Places, the interior can still hearken us to the era of huge dances, big bands and great jazz.

Continue for photos from SGA Properties' 2010 application to the National Register of Historic Places... 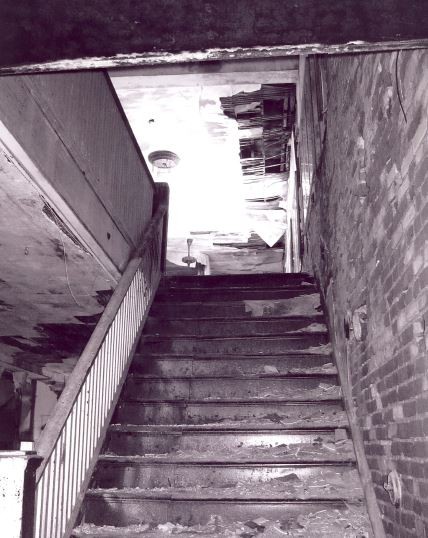 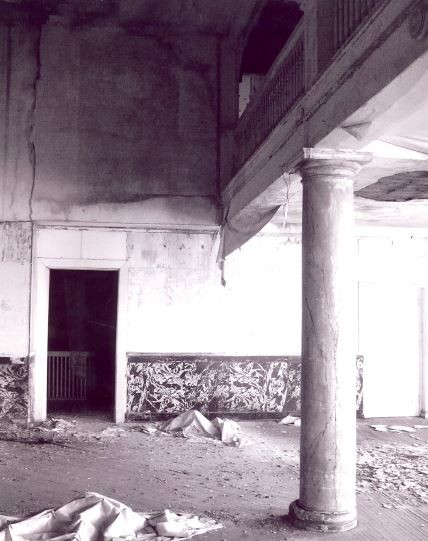 If you have the time, we highly recommend digging into the story of the Castle Ballroom. The story of this dance hall intersects with the larger history of music, dance, Prohibition, racism and urban decline in 20th century St. Louis.

The "ragtime" dances (or "animal dances") which swept the nation in the early teens were well documented in St. Louis, although their reception at the Cave Hall is unknown. A reporter accompanied the three detectives of the city's new Morality Squad on patrol one Monday in December 1911, charged to enforce regulations outlawing " 'ragger' and grizzly bear dancing." Expecting to find "much gayety" at the Cave, the detectives "suddenly remembered that the hall did not hold dance sessions on Monday nights." Any further Morality Squad visits to Cave Hall apparently went undocumented.

(If you want to read the rest, skip to page eleven of SAG Properties' application to the National Register of Historic Places.)