The Harley Race Wrestling Academy has a new location, but the training is still decidedly old-school.

Now in Troy, the academy is known worldwide for its namesake, Harley Race, a superstar and world champion during his heyday in the '60s, '70s and '80s. As chronicled in a 2012 Riverfront Times cover story, after Race's in-the-ring career ended he fell down a hole of alcoholism and ruin that he barely escaped.

Race opened the academy in 1999 near the Lake of the Ozarks in Eldon, Missouri. Last month, it finished relocating to a much larger facility in Troy.

"It's hard to believe that these boys would want to travel from around the world to come here to learn how to wrestle," says Race "It's just something that you have to physically love, as they do." 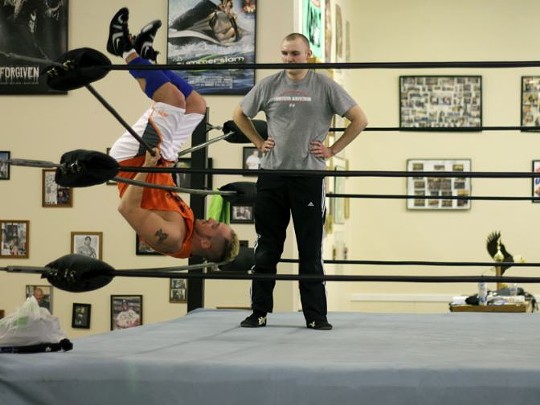 The academy has long enjoyed international attention and regularly exchanges students with another wrestling school in Japan. Last month, four Italian amateur wrestlers moved from Rome to Troy; just like their American classmates, they want to make it big in the Word Wrestling Entertainment league. That's the dream.

A handful of WWE stars have come up through Race's school, including Ted Dibiase Jr, Joe Hennig and CM Punk. [Corrected]

Minutes before an evening training session earlier this week, Flaveo Gheghi, a 27-year-old amateur wrestler from Italy, stretches his arms before the grueling workout begins. He says there are few opportunities in Italy for guys like him.

"Italy is not good for wrestling," Gheghi says. His voice bounces and stalls with not-quite-there English. "In Italy, unfortunately people like to hurt themselves. Only punches, punches, punches -- big moves! Here it's very, very different. Here the most important thing [is] to do the thing safe." 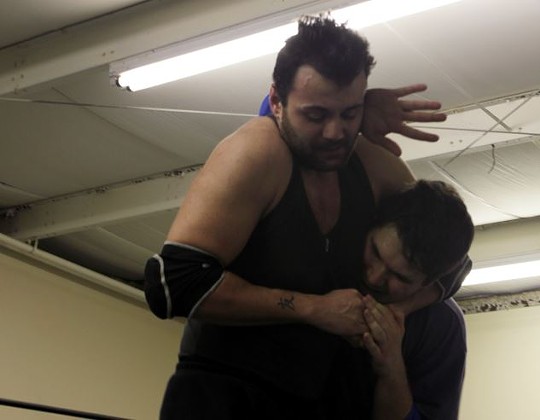 See also: School of Hard Knocks: Halfway down the road to ruin, ex-pro wrestler turns his life around through teaching

Flaveo points to his left elbow, which he says was badly injured after attempting one of those big moves in an amateur match in Rome.

"It was a jump from the top rope, landing on my elbow and then --" he makes the sound an explosion, illustrating what happened to the bones in his arm. "It was the landing, actually," he continues, "And the people who catch me, they are jerk." 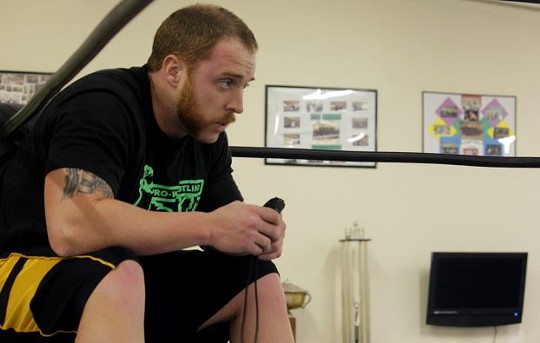 Training for professional wrestling is relentless. For the past three years, Harley's 29-year-old son Leland has served as the academy's head trainer and manager.

"For the better part of ten years, I wrestled under a different name to make sure people wouldn't know about my dad," says Leland, who uses the name Jason Jones in the ring. "I didn't want to take the easy road. My dad wrestled for over 40 years and he didn't have anything handed to him."

Leland Race still wrestles virtually every weekend -- now under his own name -- and during the week he tries to mold raw amateurs dreaming of WWE glory into hardened fighters.

"When my dad was getting into wrestling, he was in the circus," Leland explains. "Everything was real back then, and that's the way we try to teach it now. We try to make everything as real as possible."

Another of Leland's students, Richard White, is a slight 26-year-old who admits he's no athlete -- yet. He joined the academy about a year ago and moved to Troy when the school did.

"I've wanted to do it since high school. Frankly, I don't see myself happy doing anything else," says White.

For the training itself, Leland has his students practice grapples and holds on two wrestling rings within the large warehouse that holds the Harley Race Wrestling Academy. Throughout most of the evening, White is paired with a more experienced wrestler as Leland shouts guidance from the ropes.

White gets slammed to the blue mat plenty, but he's able to pull off a couple reversals and escapes. He's learning.

When White first arrived, he brought with him a notebook filled with possible wrestling names, characters, moves and even intro music. The guys still give him crap about it, he says.

"One of the first things I was told by a former guy here was that pretty much all the names I had on the list were badass types," he continues. "You can't have company full of 'Stone Cold' Steve Austins. Everyone wants to be him, but not everyone can be."