Latasha Fox has all three.

"I'm a triple threat," says Fox. "I've always felt like to be a success, you have to have a combination of beauty, brains and brawn. And I feel I embody all of those qualities."

See also: Casting Call: Are You Cool Enough To Be on St. Louis' Crappy Version of The Hills?

Fox, a 37-year-old accountant at Edward Jones, exudes the kind of swagger you need to make it on a cutthroat show like Survivor. She competes for the brains team this season, which premieres at 7 p.m. on February 26.

"I would like to think I have a higher level of intelligence than the general public," Fox tells Daily RFT. "I work in a position where I have to be sharp everyday."

In 2001, she joined Edward Jones' revenue department as their youngest member, at age 25. The St. Louis Business Journal named her one of the top 30 business leaders under 30. Fox is no slouch in the beauty or brawn department either. The Alton, Illinois-native used to be a St. Louis Rams cheerleader, and she worked with a trainer to prepare her body to thrive on fewer calories during the competition.

Earning a spot on Survivor is a dream come true for Fox, who says she's been a fan of the show since season one. She applied three times before she was accepted.

"It was really hard to be rejected because I was telling myself I would be great on this show. The fans would love me," Fox says.

Once she got on the show, Fox says she kept it fast and loose with her strategy for the games, adapting on the fly to new challenges and personalities.

"You can't go into the game saying, 'I'm going to be this person, I'm going to do this,' because you don't know who you're in the game with," she says. "I felt I needed a flexible strategy. If someone makes a move, you have to be prepared with plans B and C. That's what makes a good survivor." 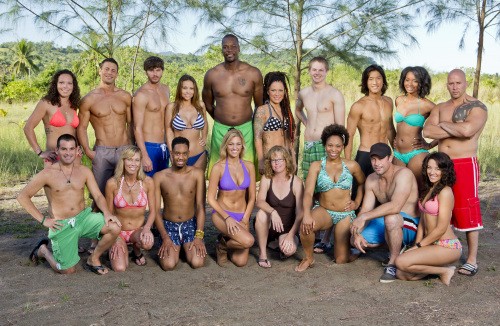 Fox has always been self-assured, but she says her experience competing on Survivor gave her an inner strength she never expected.

"I literally feel like there's nothing that I can't do," Fox says. "If I can withstand a game of Survivor, I can literally do whatever I set my mind to."