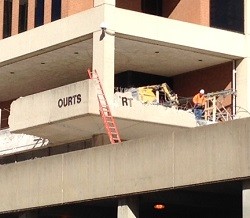 Step into the St. Louis County courthouse this week and you're likely to get an earful. Construction crews are at work removing the building's exterior plaza, and the clatter of jackhammers inside the court is near deafening.

On Tuesday the racket was so loud that Judge Thea Sherry postponed a criminal trial when both her assigned courtroom and a substitute courtroom proved too noisy for attorneys to conduct jury selection.

Judge Sherry dismissed all fifty people in the jury pool after apologizing to them for the inconvenience of arriving for jury duty only to be dismissed hours later. Paul Fox, the court's administrative director, tells Daily RFT that construction noise from a $122-million renovation and addition to the courthouse was to be expected. And despite the noise, two other trials are continuing on this week.

"Judge Sherry's trial is the only one we've had to cancel," says Fox. "The problem was that both courtrooms we had open for that trial were immediately above the jackhammering." 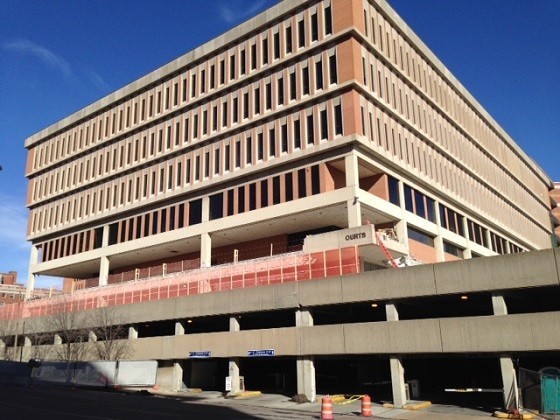 Judge Douglas Beach, who's overseeing the construction on behalf of the court, tells Daily RFT that the jackhammering should end by March 1 and will hopefully conclude the noisiest part of construction. He acknowledges that a few hearings also have been moved to different parts of the building because of the noise.

"It's been an inconvenience," he says. "But there's really no way around it. To do the demolition only on Saturdays and holidays would've taken six months."

All construction on the project is expected to be completed by summer 2016.

Note: The author of this story happened to be in Judge Sherry's jury pool on Tuesday. His eardrums applaud her decision.