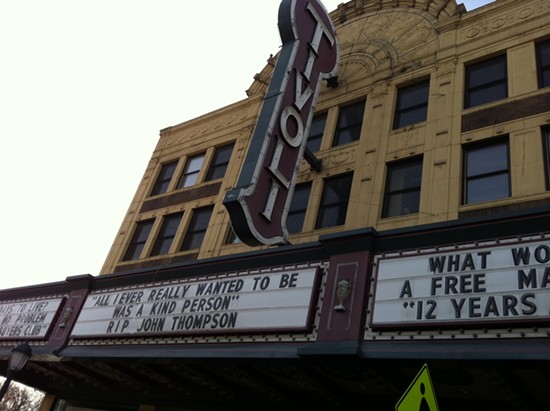 Since 1979, it was John Thompson's job to welcome moviegoers to his cherished Tivoli Theatre, and regulars often saw him out front changing the movie titles on the marquee with a smile on his face.

Now, Thompson himself is on the marquee. After he died of a heart attack last Wednesday, his coworkers kept his spirit alive with a touching tribute, which reads: "'All I ever really wanted to be was a kind person.' RIP John Thompson."

"He was the kindest person who knew all the regulars' names," remembers Laura Resnick, the theater manager, who knew Thompson for 35 years. "The kindness is almost impossible to describe. That's what he aspired to be, a good person, and boy, did he do it."

See also: RIP John Thompson: Tivoli Theatre's Beloved Ticket Taker Leaves Legacy of Kindness Joe Edwards, the business owner who bought and revitalized the Tivoli when it was facing serious structural disrepair, says he still remembers the happiness in Thompson's face when he put a new marquee and a new 29-foot Tivoli sign on the theater.

"I think John [Thompson] enjoyed that opening night more than anyone," Edwards says. 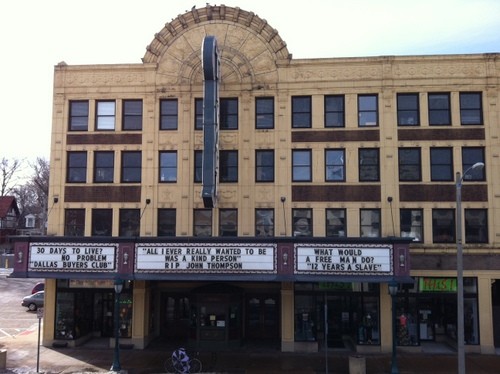 When the Tivoli won the Riverfront Times' award for best movie theater in 2000, we specifically named Thompson as part of the theater's charm.

"John Thompson is one of the sweetest men on the planet and, in between taking tickets, provides subtle discourse on film and lots of other subjects: family, what to do with Powerball winnings, St. Louis sports teams," we wrote.