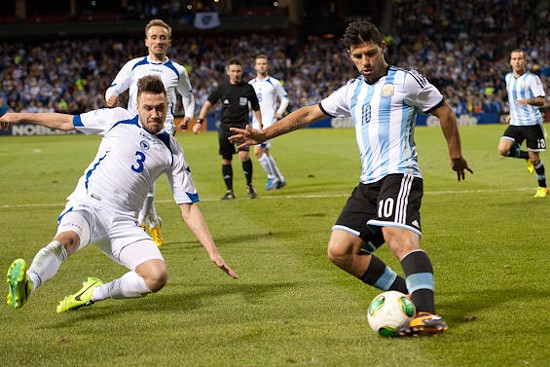 Two St. Louis soccer club owners are working together to bring a professional outdoor soccer team back to town with lofty hopes of attracting a Major League Soccer franchise.

Tony Glavin, owner and coach of the St. Louis Lions, and Andrew Haines, owner of the St. Louis Ambush indoor soccer team, say they're submitting an application and rounding up investments for a new professional United Soccer Leagues team in 2015.

"We felt the timing was right," Glavin tells Daily RFT. "This has always been my goal. I think the area has been crying out for something."

"St. Louis has a rich history in soccer," Glavin says. "We want to capture that and bring it back to the arena." 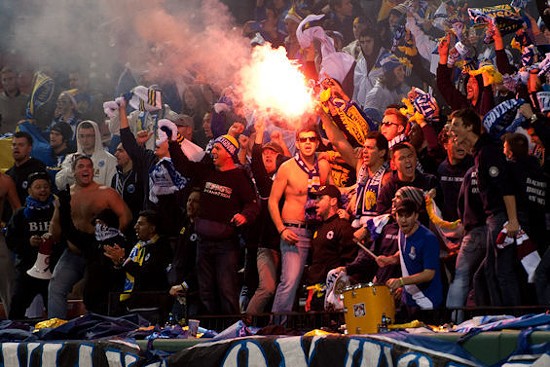 The match between Chelsea F.C. and Manchester City F.C. sold out Busch Stadium last year with a crowd of 48,000 fans, and when Real Madrid played Inter Milan months later, 54,000 people filled the Edward Jones Dome. Attendance was slightly lower at the friendly between Bosnia-Herzegovina and Argentina at over 30,000 fans, but but the fiery fervor of Bosnia's cheering section made it clear: St. Louis is seriously a soccer city.

So why a USL professional team?

A few reasons. For starters, of the last six cities to get franchises with the MLS, five had USL pro teams, Glavin says.

If St. Louis wants to attract the major leagues, fans have to prove they'll support a team. Talk is cheap, Glavin says. Can a professional St. Louis team get butts in seats?

Find out why else St. Louis wants a USL professional team on the next page.

"People have got to talk with their feet," Glavin says, speaking like a lifelong footballer. "It's one thing to say they'll come, but we really need them to do that. We are behind when it comes to the support of the team."

To gauge whether St. Louisans would actually buy tickets for professional soccer, Glavin and Haines launched a simple new website asking fans to submit their names, contact info and their ticket choices, ranging from single game tickets to season passes.

But a USL pro team would be more than just a dry run for an MLS franchise. The leagues started working together last year in a player-development deal similar to Major League Baseball's farm system. A USL team in St. Louis would be automatically paired with a partner team in the MLS as the leagues work to strengthen competition and expand their fanbase.

"This area would like to see an MLS team," says Glavin. "If we do have a USL team, part of our initiative is to connect with an MLS team. If we're going to invest in a USL professional team, we want to build a foundation with the potential to go beyond USL."

But, wait. Haven't we been here before? Enter the ghost of St. Louis' professional soccer past: A.C. St. Louis.

St. Louis' first professional outdoor men's team in 30 years, A.C. St. Louis launched in the 2010 season with the North American Soccer League, another professional league in the American soccer pyramid. After one and only season with game attendance levels that never broke 6,000 people, the team closed in dire financial straits.

When it comes to a soccer team, the big question is always: Where will they play? Glavin doesn't have an answer yet, but he's keeping all options -- from using a university field to building a new pitch -- on the table.