Two St. Louis Metropolitan Police officers shot and killed a 27-year-old man Wednesday when a car chase turned into a back-alley gunfight at the intersection of Harney Avenue and Union Boulevard.

Police say Stephon Averyhart, who lived .1 miles from the shooting in the 5400 block of Ruskin Avenue, was shot after he pointed a gun at two officers, according to police. He was pronounced dead later at the hospital.

Police recovered his weapon along with narcotics at the scene.

The incident began at 11:45 a.m. when Metro Air Support alerted police it was monitoring a vehicle wanted for felony fleeing from St. Louis County. 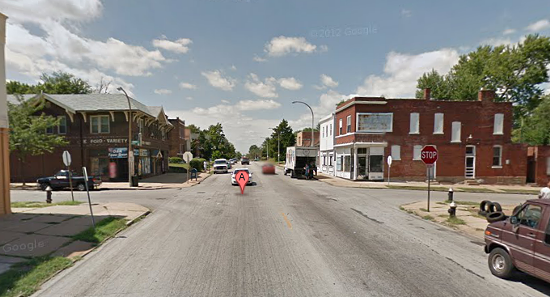 Special Operations Division officers deployed spike strips to stop the vehicle, and Averyhart fled with a gun in his hand down an alley in the 5300 block of Union and turned a corner out of sight, police said.

Officers followed with their department-issued weapons drawn. When they turned the corner, they saw Averyhart pointing a gun at them, according to the police report. The officers fired a number of shots, striking Averyhart.

Averyhart was sentenced to jail time for marijuana possession in 2013, according to court records. He was also convicted of operating a motor vehicle on the highway with a revoked drivers license in 2006, 2007, 2010 and twice in 2011.