When the topic of drones flying over St. Louis was in the news last summer, they said drones will help fight crime, catch the bad guys, and make surveillance easier. But a new group that opposes the use of drones in St. Louis wants to tell the city's residents that the controversial devices could do more to restrict liberty than increase safety.

Drone Free St. Louis was launched Tuesday to coincide with the internet-based protest "The Day We Fight Back," which is a coordinated response among various internet entities like Reddit and the Electronic Frontier Foundation to protest the NSA's mass surveillance programs. The timing fits because if it wasn't for the revelations of the NSA programs, John Chesnoff, one of the founders of the Drone Free St. Louis campaign, might sound a tad paranoid to the average person.

But in an age where the government can read your email and listen to your phone calls, maybe worrying about drones constantly watching you isn't so crazy.

Daily RFT talked to John Chasnoff, a longtime activist on police accountability issues and one of the founders of Drone Free St. Louis to find out what's so bad about having little remote-control planes flying around in the sky. 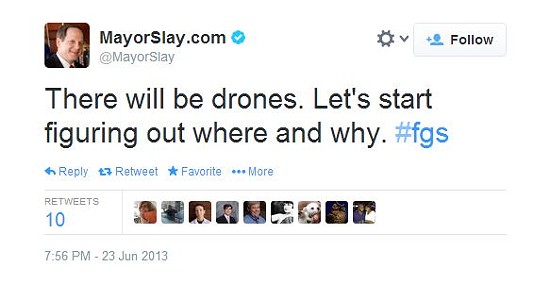 Daily RFT: Seriously, John - what's so bad about these things?

We have a real concern that there is really not a way to effectively regulate police drones. And what we've seen developing over the past several years, especially since 911, is massive surveillance of the domestic population. And we're seeing already street cameras all over the place and now we've seen, through the NSA revelations that have happened, is the government is watching our email and our online activities. So the last thing we need is more surveillance. And we feel that the drones will really be a game-changer in that regard because they're so inexpensive and so technologically sophisticated that they will make it possible to have 24/7 surveillance of the population. 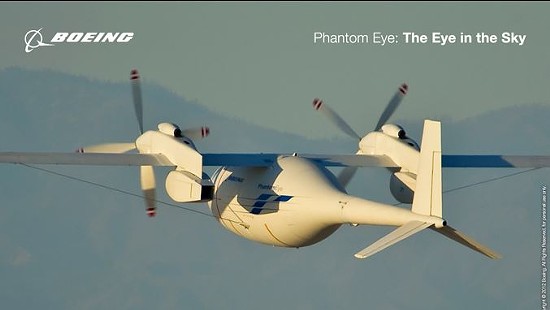 Some people might say you sound like you're wearing a tinfoil hat and plan on looking for black helicopters after this interview. What do you say to them?

I'd say that when I first heard rumors that Glenn Greenwald was saying that the government is watching our emails, I said 'no, that's a gross exaggeration, that couldn't be possible.' And I think that as things develop politically and culturally, what's happening on the cutting-edge always seems like it's not going to go mainstream. But we've seen this problem for quite some time and anybody who sits down and studies what's been going on with the NSA and the history and technology of what's been happening with surveillance will realize that this is a trend that's really moving very quickly in a certain direction.

One of the phrases that the police are now using is "intelligence-led" [also known as "hot spot"] policing. For many years, we've had community-oriented policing. And that still exists to some extent. But it's being subsumed by this new phrase and new concept of "intelligence-led" policing. And some departments are really moving in the direction of more and more data collection and the drones are really a part of that. 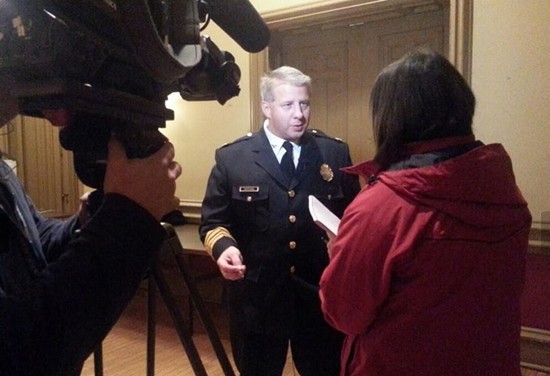 Drones flying around watching our every move might sound scary, but St. Louis City Police Chief Sam Dotson says they keep us safer. He told the Post-Dispatch last year that, "This isn't Big Brother. This is a decision to make everyone in the community safer." What would you say to him?

That's always the pitch that we hear. There's the famous Ben Franklin quote that people who give up their liberty for safety deserve neither. What we've found is that we have been scared by a media push and a government push to feel like there are problems around the corner that we need protecting from them. But in my mind, Americans have always been a freedom-loving people and freedom involves certain risks and we've been willing to take those risks. I think if you have a realistic sense of the risks and a realistic sense of what we're giving up to try and protect ourselves against those risks, you'll see that we've gotten way out of balance.

What else do you want to tell St. Louisans about drones and mass surveillance?

Since street surveillance cameras started taking pictures of us on public streets we've developed an attitude that we have no expectation of privacy. To some extent, that's the current state of the law. But the Supreme Court has hinted in a recent case about GPS tracking that they're open to looking into the law and bringing it up to date for 21st century technology.

I think it's important to realize that we don't really expect that we're being watched 24/7, that the data is collected and stored for an indeterminate amount of time, and that anybody and everybody can have access to that information. So I do think there's an expectation of privacy that's being violated if we don't update our laws and put some safety regulation in place. Because what he have now is no regulation on any of those things: who has the data, how long is it kept, who has the access to it.