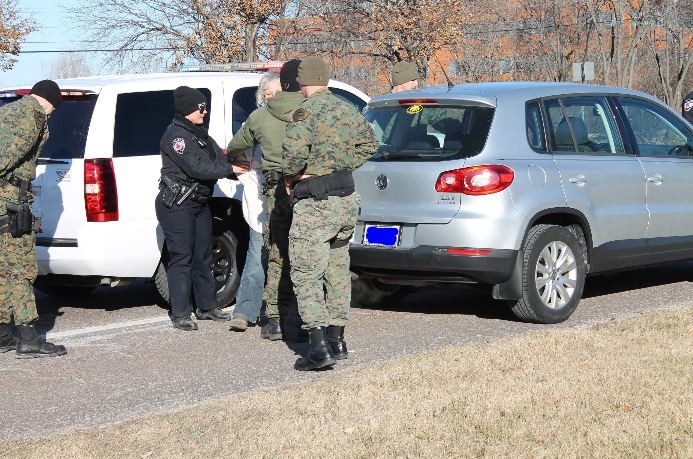 Ever see St. Louis County cops in camouflage military fatigues on the street and wonder why they're dressed like they're going to Iraq instead of Creve Coeur?

That's the county's Tactical Operations Unit -- the SWAT team -- and Sergeant Matthew Pleviak tells Daily RFT that the camouflage is worn so the SWAT cops can "blend in with the environment."

Blend in with the environment of Creve Coeur?

"If you go to any subdivison, there's grass and trees and bushes," Pleviak explains.

SWAT teams wearing military camouflage is not new. It's been done since at least after the Vietnam War when a few Special Weapons and Tactics teams in police departments around the country began wearing fatigues as opposed to all-black or blue uniforms during raids or standoffs.

What is new -- or at least newer -- is that SWAT teams like the St. Louis County's Tactical Operations Unit are also used during more mundane situations, such as arresting Monsanto protesters for allegedly blocking the driveway of the company's campus. 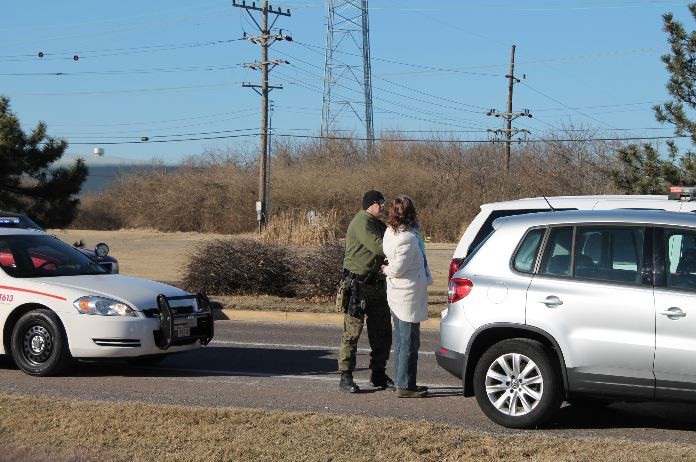 And utilizing specially trained officers wearing military uniforms in such situations reminds some people of that growing topic of debate: Are camouflage uniforms a sign of police militarization?

Author Radley Balko, a long-time critic of what he describes as the "warrior cop" style of policing that is becoming more common in municipal police departments, said in a recent Reddit AMA that wearing camouflage contributes to a "militaristic mindset:"

I think that as bad as the weapons and tactics are, the uniforms might be more pernicious, at least in terms of fostering a militaristic mindset. I'm always baffled at how many cops you see wearing camouflage today. In most cases, they do it because they get the camo uniforms as surplus from the military. They say they're cheaper than conventional police uniforms.

That may well be true, but it just strikes me as wholly inappropriate for domestic policing. When you dress like a soldier, you're predisposing yourself to start thinking like one. And of course, there's really no strategic value, unless you're raiding a forrest (sic).

According to the St. Louis County's website, the Tactical Operations Unit's duties include responding to "hostage negotiations, barricaded suspects, search warrants, and any unusual situation or event that requires the use of specialized training and tactics."

The site also says the unit's duties include "crowd control," which explains why military camouflage-clad officers were arresting Monsanto protesters.

When asked why the Tactical Operations Unit wears camouflage uniforms for these duties, Pleviak says, "It's a safety issue."

He adds: "Would you rather have officers who are trying to resolve an issue be out in a bright orange uniform where they can be seen by everybody and be a possible target to somebody who has already targeted someone else in either a homicide or a robbery or a domestic situation where they're holding a gun to their spouse's head?"

See also: Cop Fired for Shoving Man Head-First into Wall Says He Deserves to Be Back in Uniform

Other units also don the camouflage pants, including the canine unit that, among other duties, conducts drug searches in public schools. As Daily RFT reported last week, a video was made by Oakville High School about its "school sniff" that featured camo-clad officers walking through school hallways with German shepherds looking for drugs. 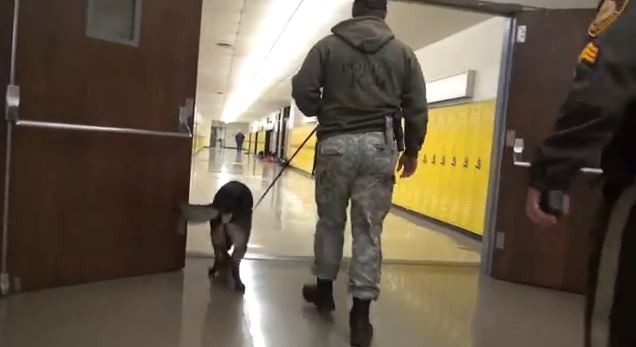 But Sargeant Gerald Lohr, supervisor of the canine unit, explains that was just an accident -- his officers usually wear regular brown pants as their uniform, but camouflage when they do their weekly training. Oakville High School happened to call them on a training day.

"When we train, we don't wear our regular police uniforms. We tend to be out tracking in the wood, and we don't want to tear up our duty uniforms," Lohr says.

The topic of police militarization has even inspired the ACLU to start a project to investigate the amount of money and types of military-style machinery used by police departments, including St. Louis County and City. And people in cities around the country, such as Concord City, New Hampshire, have protested their police to not obtain armored vehicles, such as the $360,000 Lenco Bearcat that county police bought in 2012.

Some of the New Hampshire protesters' signs read "More Mayberry, Less Fallujah" and "Thanks But No Tanks!" reported the Wall Street Journal.