Empty your ashtrays and light up, St. Louis, because a newly released study puts us dead last on the Men's Health list of America's smoke-free cities.

"Judging by the overflowing ashtrays in St. Louis, we're calling nicotine a Gateway drug," Men's Health magazine posted this week along with their list. "The city smoked the competition in our ranking of places where folks light up."

See also: St. Louis Named No. 5 Most Dangerous City Because No One Knows How Statistics Work 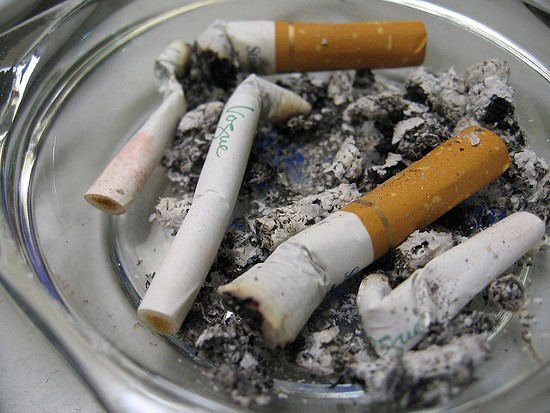 "The city has a smoke-free policy, but certain places are exempt," says Sarah Bobmeyer, a tobacco policy researcher at Washington University in St. Louis. "The workers aren't protected, and neither are the patrons."

Nationally, the smoking rate has stagnated in the last few years at around 21 percent. More than 22 percent of St. Louisans are smokers, and they go through 14.5 cigarettes a day, according to consumer behavior data from 2011.