It's a common myth around St. Louis that Anheuser Busch was the sole brewery in St. Louis to survive Prohibition and the only locally brewed beer from 1933 until the opening of Schlafly in 1991. In reality, A-B was the only brewing game in town for less than two decades. Before that, the Falstaff Brewing Company competed in its ultimately unsuccessful battle to dominate the beer market in St. Louis.

The story of Falstaff has roots as old as the history of brewing in St. Louis. Originally introduced by the Lemp Brewery, Falstaff Beer was just one of several different brands offered by the largest brewery in St. Louis prior to Prohibition. The Lemps chose the Shakespearean character for the name of their new beer due to Sir John Falstaff's reputation as a jolly, fun-loving knight. When the Lemp Brewery closed, William J. Lemp Jr. sold the Falstaff brand to his friend and fellow brewer, Joe Griesedieck in 1920; it would be one of the last business decisions Lemp would make before committing suicidein the family's mansion in 1922.

Following the end of Prohibition, the Griesedieck family began to expand their new Falstaff Brewing Company aggressively, competing with Anheuser-Busch Brewery in the decades of the mid-twentieth century. While Anheuser-Busch focused on expanding and improving its brewery on Pestalozzi Street as well as opening new breweries around the United States, the Griesediecks' strategy focused on purchasing defunct breweries around St. Louis and the nation.

The strategy failed. The older, small breweries Falstaff purchased decentralized production, cost valuable money to retrofit and maintain, and ultimately proved too inefficient to compete with Anheuser-Busch. The four plants in St. Louis, out a total of ten plants in the Falstaff Company, closed one by one, the last in 1977. Over the years, they have found new life, or continue to sit empty.

The first plant acquired by the Griesediecks was a small, defunct brewery just west of Grand on Forest Park Avenue. A relatively small brewery, it later functioned as a bottling plant for larger Falstaff breweries in St. Louis. Today, beer has returned to the long abandoned brewery building; Six Row Brewing Company occupies the former office building of the plant.

Otto Stieffel's brewery, at the corner of Minnesota and Gravois, closed at the beginning of Prohibition. Stieffel would later commit suicide, despondent over the closure of his business. Plant No. 2, as Falstaff rechristened the brewery, quickly picked up the increased demand straining Plant No. 1. Falstaff eventually closed the plant, and the central core of the brewery was demolished. However, the original office building and the stock house remain; the latter now houses a cat sanctuary.

Continue to explore the Falstaff world on the next page

Despite the South Side's reputation as the center of brewing in St. Louis, Falstaff would purchase its fifth brewery building in the North Side neighborhood of St. Louis Place. Famous for its tall smokestack that still sports the Falstaff name, the brewery closed along with its fellow plants when the company began its slide into bankruptcy. The brewery now houses low-income housing. 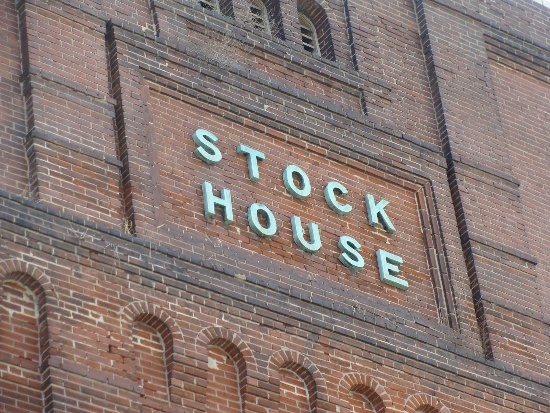 It was with a certain irony when Falstaff purchased the old Consumers Brewery on Gravois and Lemp Avenues; another branch of the family had once operated a Griesedieck Brewery in the very building that would now become the largest Falstaff plant in St. Louis. Famous for its caves once used for lagering beer before artificial refrigeration, the brewery spread over several city blocks. But its old age and its inability to expand reduced its efficiency. The plant closed in 1977, and has apparently largely sat empty ever since. Perhaps one day beer will be brewed within its walls again.