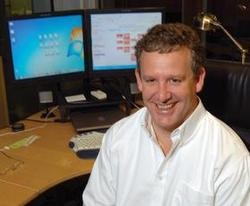 No suits. No resumes. If you're looking for a job in St. Louis' technology industry, Mapquest co-founder Chris Heivly wants you to bring your business card and your smile to his sixth circus-themed job fair -- the first in St. Louis.

"As a job seeker, you never get a chance to look someone in the eye," Heivly tells Daily RFT. "Here's your chance."

Heivly is bringing his pet project, Tech Jobs Under the Big Top, to St. Louis Thursday after five similar, successful job fairs in North Carolina, where he lives and manages The Startup Factory.

The fair gives applicants the chance to ditch the formalities of job hunting and meet directly with twelve St. Louis companies, ranging in size from small startups all the way up to Monsanto.

These businesses are in desperate need of qualified workers, says Heivly, so he plays matchmaker, keeping the atmosphere casual and fun while companies make their pitch. 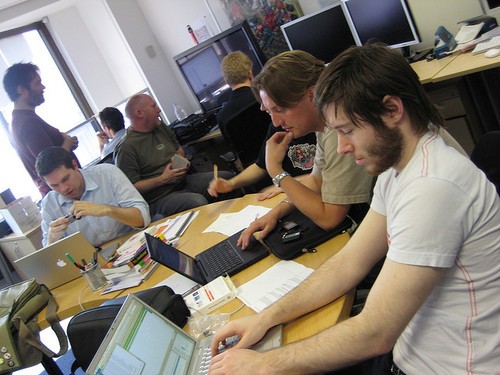 "It's hard to find good people," Heivly says. "There is just not enough of the right skills available. It's a demand issue, not a supply issue. You want to find really good people you are going to train."

After visiting St. Louis and working with tech news site Techli, Heivly says he likes what he sees in St. Louis. The city has what it takes -- several universities, a community feel, tech training programs, a Midwestern enthusiasm and companies ranging from tiny to huge -- to fuel a strong technology job market, he says.

Heivly advises against wearing a suit, bringing a resume or any of the other trappings of typical job fairs.

"If you need to bring something, bring a card," he says. "That's your connection. Then, go look them in the eye and smile and shake their hand and go connect. I'm not saying you have to wear ripped jeans and hipster Converse, but don't show up in a suit."

Several St. Louis companies, including Food Essentials, BioSTL, Daugherty, Pushup Social, LockerDome and Monsanto, have signed on for the job fair. They'll give presentations before opening up to networking.

"Go geek the geek," Heivly says. "If you are a fit and you can put yourself in the right place and you have the right skills, maybe there is a place for you."

To join the fun, join Tech Jobs Under the Big Top at 5:30 p.m. February 6 at Lumen, 2201 Locust Street. Register online to get a list of the job openings.