Couple Beats Grandmother for Money, Goes on the Run, Gets Busted by Facebook: Police

Police credit Facebook for the arrest of a couple on the run for three days after beating an 87-year-old woman until she wrote them a $500 check.

Mark Kerpash, 28, of Hawk Point, Mo., faces four felony charges after assaulting his grandmother and threatening to kill her until she gave him money, according to the Lincoln County Sheriff's Office.

Kerpash's grandmother is in the hospital with a broken pelvis. 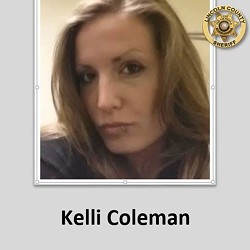 The sheriff's office went to arrest Kerpash, but he'd already bolted, so deputies posted his name, photo and description on Facebook. When they realized his girlfriend, Jennifer "Kelli" Coleman, 27, of Fulton, was helping him, they posted her photo, too.

The photos were shared hundreds of times, and residents of Lincoln County flooded the Facebook page with tips. The couple was looking for a ride out of the county, tipsters said.

"Kerpash's desperation to leave Lincoln County was evident when he started accepting help from social media acquaintances who were not considered actual friends," says Sheriff John Cottle. "If it was not for the help and trust of our citizens, I do not believe we would have apprehended Kerpash as fast as we did."

"I can't thank the citizens enough, along with the men and women of the sheriff's office, for their tireless efforts and persistence in this case," Cottle posted on Facebook. "The community was just as appalled with Kerpash's crime and wanted to answer for it as badly as we did."

Kerpash was violating his parole when he was arrested. His rap sheet stretches back twelve years with convictions for trespassing, resisting arrest, property damage, marijuana possession, driving while intoxicated, driving with a suspended license and assault. He also had two orders of protection filed against him in 2004 and 2006, according to court documents.