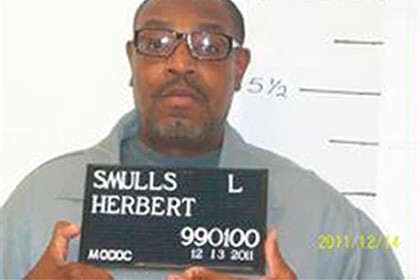 The clock is ticking for the U.S. Supreme Court to decide whether the state of Missouri will execute convicted killer Herbert Smulls on Wednesday.

Justice Samuel Alito signed an order delaying the execution two-and-a-half hours before Smulls was scheduled to die at 12:01 a.m., according to the Associated Press. The court is expected to make a final ruling sometime Wednesday.

Smulls' defense attorney, Cheryl Pilate, is asking the court to stop the execution, especially because Missouri refuses to say from which compounding pharmacy it obtains the lethal-injection drug pentobarbital, the new drug of choice used in two recent executions.

Missouri officials say the pharmacy is a member of the execution team and, therefore, the name cannot be released to the public. However, both Pilate and St. Louis Public Radio -- along with investigators facing the same problem in other states -- used public documents to narrow the options down to one pharmacy in Tulsa.

The pharmacy is not licensed to do business in Missouri, but officials say they bypassed that rule by driving to Oklahoma to pick up the drug, according to the Associated Press. Pilate has filed official complaints that the batch to be used on Smulls is expired and was not stored properly.

Defense lawyers argue that executing Smulls qualifies as cruel and unusual punishment because there is no way to know for sure where the drug comes from, how pure it is or what's in it. An Oklahoma man executed with the same drug earlier this month reportedly told witnesses his body was burning after he was injected, according to Time Magazine.

Missouri judges denied Smulls requests to stay his execution, saying he didn't have enough evidence to prove the drug would be cruel or unusual punishment but admitting he and his lawyers don't have access to the pharmacy to find more evidence.

See also: 5 Reasons Missouri Should Use the Guillotine, Not Lethal Injection

"These crimes were brutal, and the jury that convicted Smulls determined that he deserved the most severe punishment under Missouri law," Nixon said.

Smulls is convicted of murdering Stephen Honickman, 51, and shooting his wife, Florence Honickman, during a July 27, 1991, robbery at F&M Crown Jewels in Chesterfield. Florence survived by feigning death in a pool of her own blood after the hold-up.

Smulls was pulled over and arrested fifteen minutes later with stolen jewelry and weapons in his car.